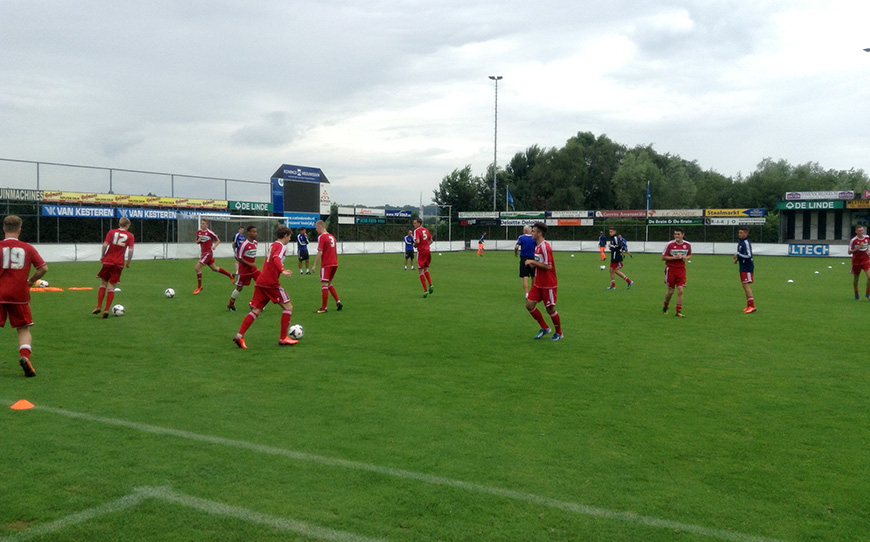 Three goals were scored in each half as Bochum and Bury went goal crazy. The Shakers opened the scoring 15 minutes in through striker George Miller but were pegged by a double from Bij Mohamed.

Miller grabbed his and Bury’s second to level matters when he finished off a fine passing move early in the second half. The 17-year-old striker then passed up an opportunity to grab a hat-trick when he fired against the woodwork from close range.

He and Bury were duly punished as Bochum countered and added a third goal of their own but with time running out Will Osgathorpe popped up from midfield to provide a deserved equaliser.

In a competitive and tight affair the opening half proved somewhat of a non-event as both teams failed to wrestle control of the game away from the other.

Bradley James twice made smart stops to keep Boro in the game and Craig Liddle deemed a change up front was warranted at the break for his team’s misfiring strikers.

After issuing his players with instructions to move the ball quicker and press their German opponents higher up the pitch, Boro started to take control and their dominance was rewarded in the 65th minute.

Substitute Tyrone O’Neil darted down the left channel and his inviting cross was dispatched by Brandon Holdsworth.

With the Teesiders in the ascendency Bochum started to toil and the visitors profited further.

Mitchell Curry, who showed up well in Boro’s game against FC Twente, once again turned provider, finding O’Neil with an incisive pass. The forward still had work to do though and he skipped away from his marker before powering a low drive beyond the Bochum keeper from 18-yards-out.

That effectively sealed victory and Boro, with two wins from two, face Utrecht next.