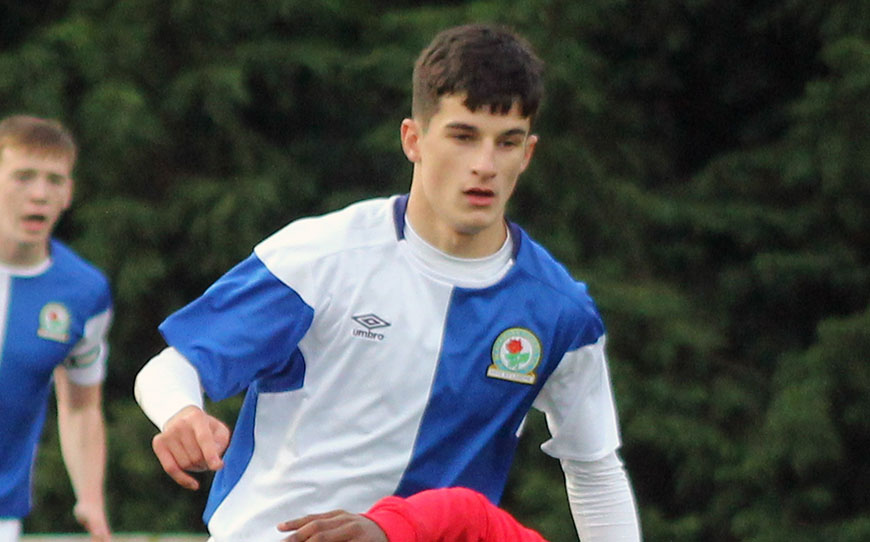 Blackburn Rovers second-year apprentice John Buckley has committed his long-term future to the club by signing his first professional contract, agreeing a deal until at least the summer of 2020.

The 18-year-old has played a pivotal role in the club’s progression to the fifth round of the FA Youth Cup, playing every minute of wins against Watford and Stoke City.

The highly-rated midfielder has earned a promotion into the Under-23 team this season and has featured five times already, including the full 90 minutes of a Lancashire FA Senior Cup quarter final victory against Morecambe.

Buckley told the club website: “I’ve always wanted this to happen, as I’ve been at the club for such a long time and have really enjoyed my time here.

“A professional contract has always been the aim for me and I can really start pressing towards getting in the first-team now.

“It was probably when I started my scholarship that I really believed I could become a pro footballer. I’ve always wanted to remain here and develop.

“It has involved a lot of travelling over the years – my dad used to drive me all over the place to get me to games and training.

“It’s always been a bit like a routine in my life, finishing school and heading straight to Rovers for training and I’m pleased that my close connection with the club will continue for the next few years.”

Buckley becomes the second Rovers apprentice to agree a new contract in recent months after Dan Butterworth put pen to paper in October.