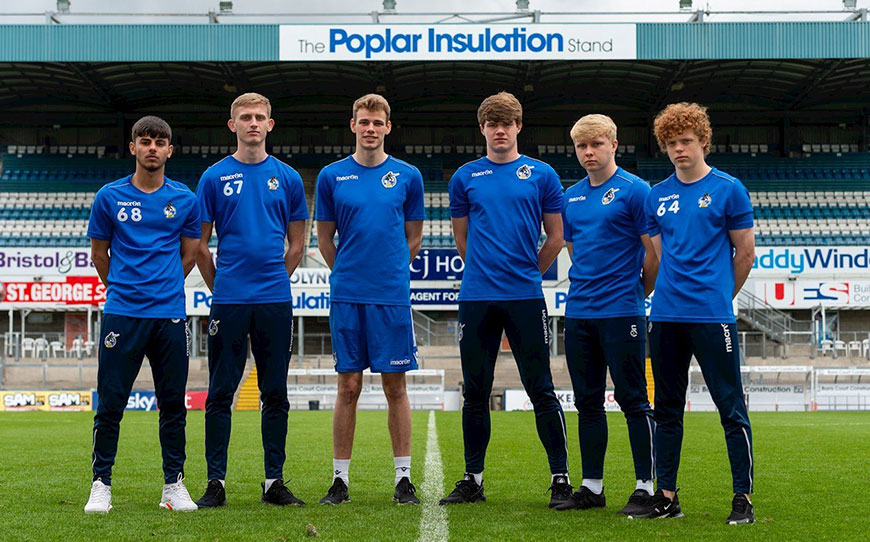 Bristol Rovers showcased their commitment to bringing through their apprentices by offering professional contracts to six Academy players.

Second-year apprentices Lucas Tomlinson, Harry Warwick, Josh Bailey, Tom Mehew and Scott Isherwood all earned deals, while Lewis Clutton has been handed an extension as he recovers from a long-term ligament injury.

Lead PDP Coach Tom Parrinello told the club website: “All of these lads are thoroughly deserving of the offers they have received.

“The attitude, work rate, application and qualities they have shown over the two year period has earned them their deals and I am thoroughly delighted for each and every single one of them and their families.

“To be offered your first professional contract is a huge privilege and honour and as someone who has worked with these boys, some from the age of 10 years old, it feels me with great pride to see them take on the next step in their pathway and try to make an impression on the first team staff.

“The decisions are a massive positive for every player in the Academy and shows the club is massively keen to promote young players through the pathway and give them opportunities if they consistently display the correct habits, behaviour & characteristics of what it takes to be a professional footballer at Bristol Rovers.”