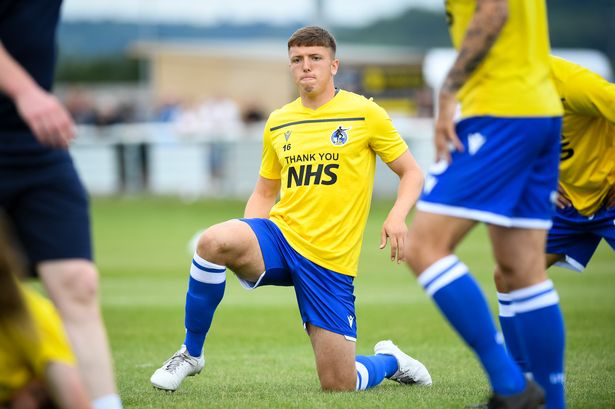 Striker Greenslade, 18, joined The Gas Academy as an Under-7, and has progressed through age groups and into the first-team, where he has gained valuable experience training with Joey Barton’s promotion-winning squad.

Also 18, Egan has followed a different route. The Gas signed him in 2020 from Irish club Cabinteely, and he has been part of the under-18s squad ever since. This season, the defender enjoyed a loan spell with Hereford in the National League North.

Speaking to the club’s media team, Greenslade said: “I am delighted to be offered a professional contract at the club I have been at since the under-sevens. I’ve worked hard and had great support from my family. I had a taste of what first-team football is about when I trained with the team recently and I can’t wait to make an impression next season.”

Head of Academy Coaching and former Bristol Rovers defender Byron Anthony commented: “Harvey has been in the academy from day one, so it is extremely pleasing to see him develop as a person and player over the years. From starting out in the foundation phase to now being offered a professional contract with the football club is fantastic.