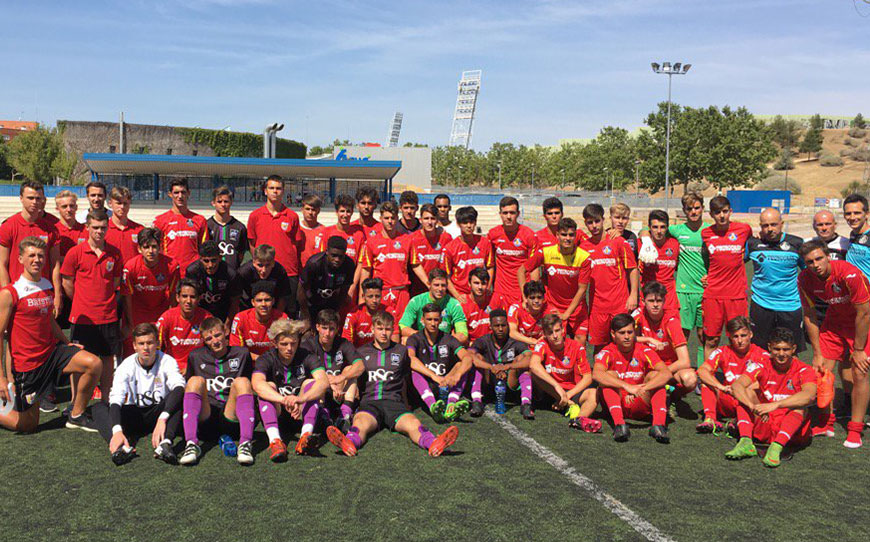 Bristol City Under-18s were unfortunate to end their trip to Spain winless following a hard-fought 3-1 defeat to Getafe CF.

Captain Harvey Smith produced a consolation strike in the second half, but a talented Getafe side proved too strong for the visitors on the day.

The Robins were up against it from the off as they were again hampered by six injuries, leaving just 12 players available and only four second-year scholars.

City struggled to claim much possession of the ball and were punished with 20 minutes on the clock after good work down the right flank led to a cross, which was headed past the keeper.

The young Bristol team continued to give a good account of themselves but were unable to hold onto the ball and after a change of possession on the halfway line, Getafe’s striker was played through and emphatically slotted the ball into the corner of the net five minutes before half-time.

The tourists didn’t fold, however, and were much improved after the restart as they began to gain a foothold in the game.

And they closed the deficit after an hour when Opi Edwards delivered a corner towards centre-back Smith, who dispatched a header into the top corner.

Bristol continued to knock on the door for an equaliser in a courageous effort, but were undone in the final moments of the game with the team on their last legs to seal a harsh margin of defeat.

The visitors failed to properly clear a corner, with the ball being slipped back into the area to Getafe’s striker, who placed the ball under the keeper to end any hopes of a last-gasp fightback.