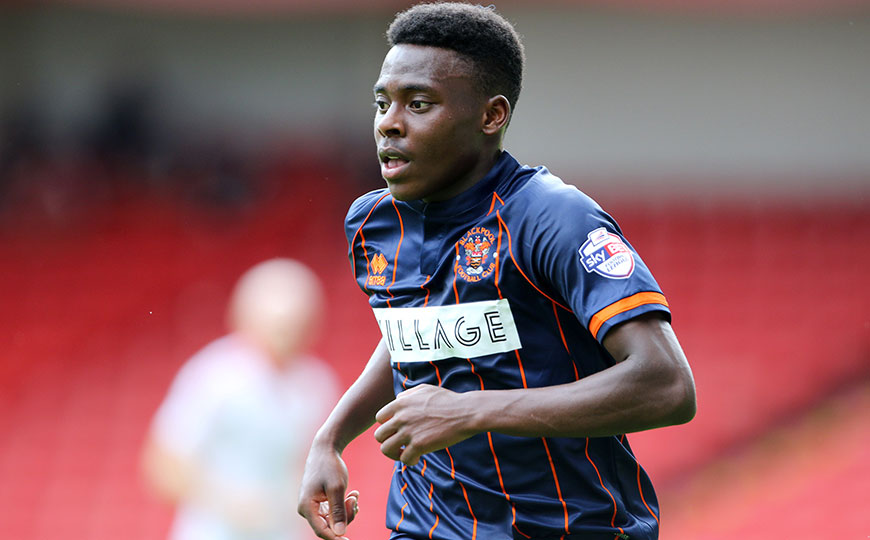 Bright Osayi-Samuel has pledged his future to Blackpool after signing a professional contract with the club.

The youngster had rejected previous contract offers and was thought to be plotting a Bloomfield Road exit at the end of his apprenticeship, however the youngster has been convinced that his future lies in the North West by manager Neil McDonald who is delighted to see him sign.

“This deal is fully deserved, he’s shown me in pre-season and in the games we’ve played so far that this is the right place for him,” the manager told the club website.

“Hopefully Bright will have a great career. He’s ahead of schedule and has been involved with the first-team all pre-season since I’ve been here.”

The exciting winger played six league games at the end of last season after being promoted from the youth system and has featured in every game so far this season for the Tangerines, producing some eye-catching displays.

“We’ve got two young lads in the wide positions and they’ve held their own and played some really good games so far.

“We’ve asked a lot of them but they’ve stood up to be counted. We’ve just got to be a bit patient and we’ll see the end product come shining through.”

Samuel who made his senior debut in March had resisted signing a professional deal over the summer but has now agreed terms with the Seasiders.

“I’m really pleased to commit my future to the club and I’d like to thank the manager and (assistant manager) Richie Kyle for the faith they’ve shown in me,” he said.

“The manager was a big influence in my decision to stay, convincing me that this is the best place for me to continue my development as a player.

“The experience I’ve picked up so far has been brilliant and I’m determined to keep improving and help the team achieve the right results on the pitch.”

The teenager concluded: “Hopefully I can show my continued appreciation in my performances.”