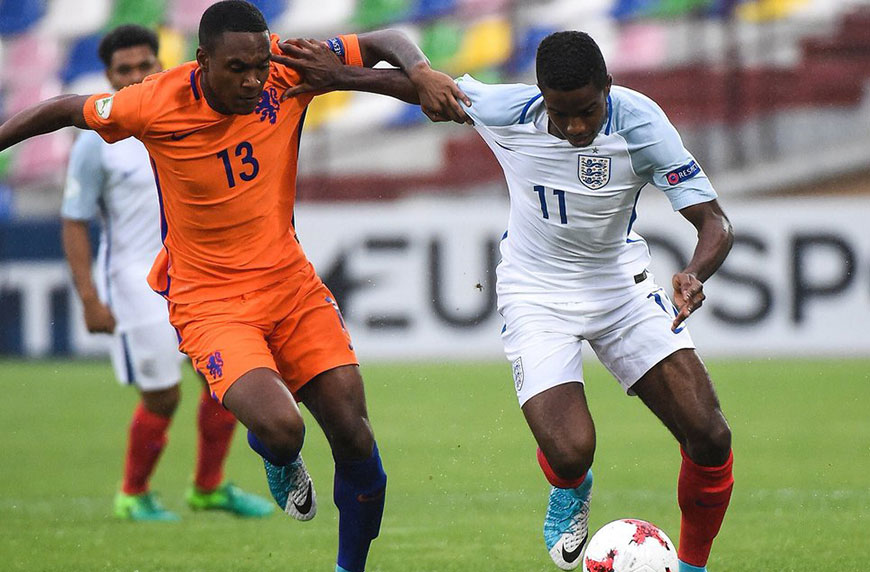 Two star apprentices of the 2016/17 season have continued to shine during the summer as Ben Brereton and Ryan Sessegnon have led England to the semi-finals of the Under-19 European Championship.

Both players recently signed their first professional contracts at Nottingham Forest and Fulham, respectively, and are celebrating in style having both netted three times over the three group games to help the Young Lions top Group B.

Sessegnon, who was named in the Championship Team of the Year following a dream debut season in senior football, scored the second in a 2-0 win against Bulgaria to start the tournament in convincing fashion.

The Netherlands proved much tougher opposition until Brereton, fresh from becoming 2017 LFE Championship Apprentice of the Year, came off the bench to score the game’s only goal with five minutes remaining.

And the pair both bagged braces in an emphatic 4-1 victory over Germany to book a place in the semi-finals against Czech Republic.

Five apprentices past and present have been heavily involved so far, with Fulham midfielder Tayo Edun and AFC Bournemouth keeper Aaron Ramsdale (formerly Sheffield United) playing every minute of the three games.

Sessegnon and Ipswich Town teenager Andre Dozzell have also made a trio of starts, but the latter is a doubt for the Czech Republic clash after being withdrawn from the Germany game inside 15 minutes due to an injury.

Brereton is the only member of the quintet to appear once from the bench, but is expected to remain in the starting line-up after topping the goalscoring charts alongside Sessegnon, as well as Dutch forward Joel Piroe and Sweden’s Viktor Gyokeres.

Keith Downing’s side will hope to follow in the footsteps of this summer’s Under-17 and Under-20 teams when they fight for a place in the final on Wednesday evening.