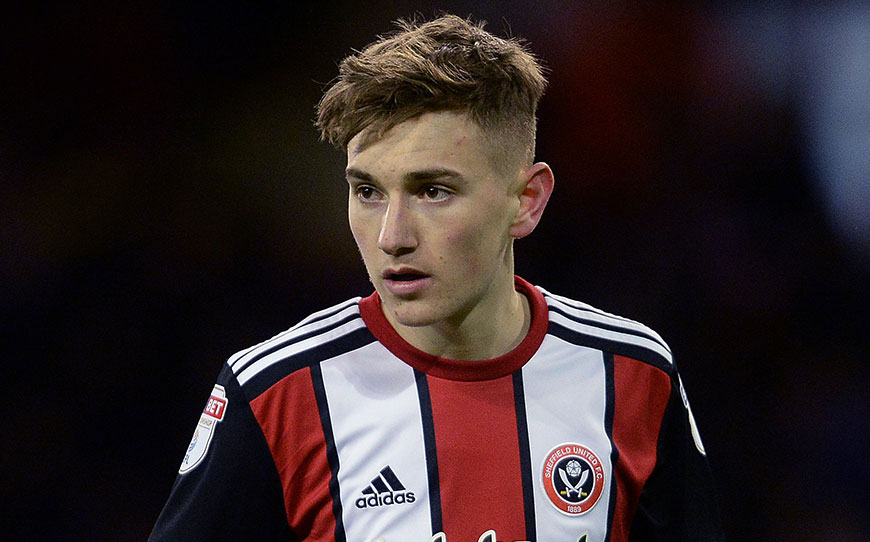 AFC Bournemouth have captured the signature of Sheffield United academy graduate David Brooks for an undisclosed fee reportedly in the region of £12million on a four-year deal.

The 20-year-old emerged in the first-team at Bramall Lane in 2016, making three Checkatrade Trophy appearances and one FA Cup outing before rising to prominence at the 2017 Toulon Tournament, being voted Player of the Tournament after scoring in the final to guide England to silverware.

Brooks established himself as a regular in Chris Wilder’s side in the early months of the 2017-18 season, starring in a 4-2 win against bitter rivals Sheffield Wednesday in September.

The highly-rated midfielder’s campaign was stalled by injury at the start of the calendar year, but he still managed to appear 33 times in all competitions, netting on three occasions.

And the former Blades apprentice even earned senior international recognition as he switched allegiances to Wales, gaining his first cap against France before featuring against Panama and Mexico.

“The chance to come and play for a club in the Premier League is a great opportunity for myself. I’m delighted to be on board,” Brooks told the club website.

“When you look at Eddie Howe as a manager you want to be involved in something like that. He’s got big ambitions and with younger players he develops them well and he gives them a chance.

“That’s something I’m looking for and he was one of the main attractions for me to come to Bournemouth.”

Bournemouth manager Eddie Howe said: “David is a player we have been looking at for a long time.

“He is technically very good, has huge potential and will fit our philosophy in terms of how we want to play.

“We’ve seen enough to suggest he is a player who could be outstanding at this level in the future if he develops in the right way and is willing to learn and improve.

“I believe he has a very exciting future and I’m delighted that future will be here at Bournemouth.”

Meanwhile, chief executive Neill Blake added: “David is an exceptional young talent who fits the profile of what we look for in a player.

“Unsurprisingly, there was a lot of interest in him from other Premier League clubs, so we are delighted that this is where he wants to play his football.

“I look forward to watching his progress under our manager, Eddie Howe, and his coaching team.”

Brooks joins former team-mate Aaron Ramsdale, who left the Blades in January 2017 and has since represented England at Under-18 to Under-20 level, as well as receiving a call-up to the Under-21s for the recent Toulon Tournament.

Brooks continued: “I Spoke to Rammers about the club and he said there was a great bunch of lads and a great setup down here. I didn’t speak too much to him but he sold the club very well and there were loads of other factors that made me want to come here.

“I want to continue playing for Wales and being here will give me the best opportunity to get in their starting 11, so it was the best for myself.”