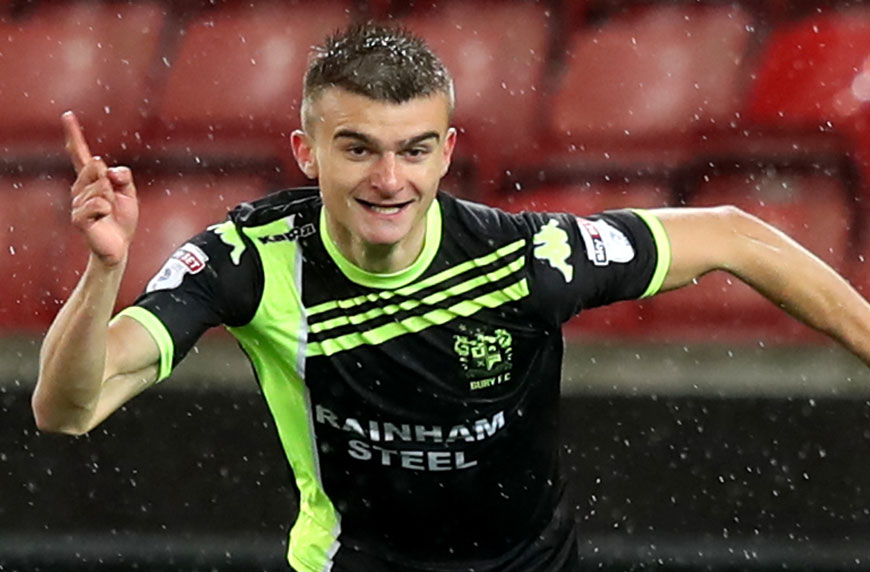 Bury striker George Miller has signed a three-year deal with Middlesbrough after the two clubs agreed an undisclosed fee.

The 19-year-old was prolific in the Shakers’ Under-18 side during his apprenticeship and earned a professional debut in February 2016 during a 3-0 defeat to Barnsley.

Miller enjoyed a breakthrough 2016/17 season, making 31 appearances in all competitions, although just five of those came as a starter.

And the academy graduate proved his scoring touch despite the limited game time by racking up eight goals in total as he produced the highest goals to minutes ratio of any teenager in League One.

“It’s been a manic few days,” Miller told the club website. “I’ve had to completely move my life up here.

“I got a call from my agent saying there was interest but it was quite a drawn out process. Then this week it’s all come together.

“Boro is a great club with big ambitions and this move is a big step up for me. I want to play well with the Under-23s and then hopefully get into that first-team because that’s where everyone wants to be.

“I knew this was a big club and I’ve been here before when I was in the academy at Bury. It’s really exciting to be here and I’m looking forward to it.”

Meanwhile, Bury have already added a teenage forward to fill the void left by Miller as former Wigan Athletic apprentice Chris Sang penned a two-year deal with the club after he was released by the Latics at the end of his apprenticeship.