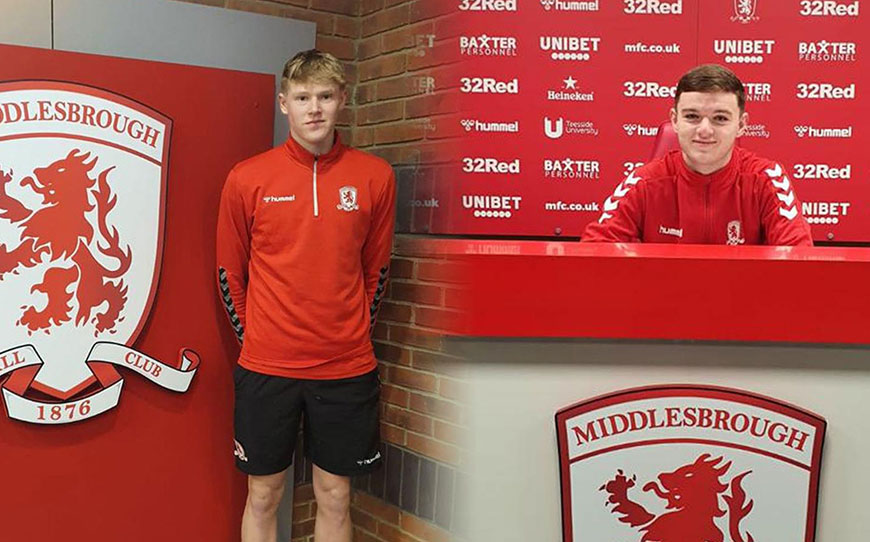 Middlesbrough pair Josh Coburn and Jack Stott have committed their futures to the club by penning their first professional contracts.

Second-year striker Coburn has been in prolific scoring form the Under-18s, while midfielder Stott has established himself as a regular in the youth side as a first-year apprentice.

Academy Manager Craig Liddle told the club website: “Josh joined us from Sunderland at Under-16 level. He’s six-foot three, has an eye for goal and has had an impressive 18 months. He’s really developed well physically and technically.

“Jack is a Middlesbrough lad who has been with us since the age of seven. He has progressed well through the age groups and has had a fantastic start to his scholarship.