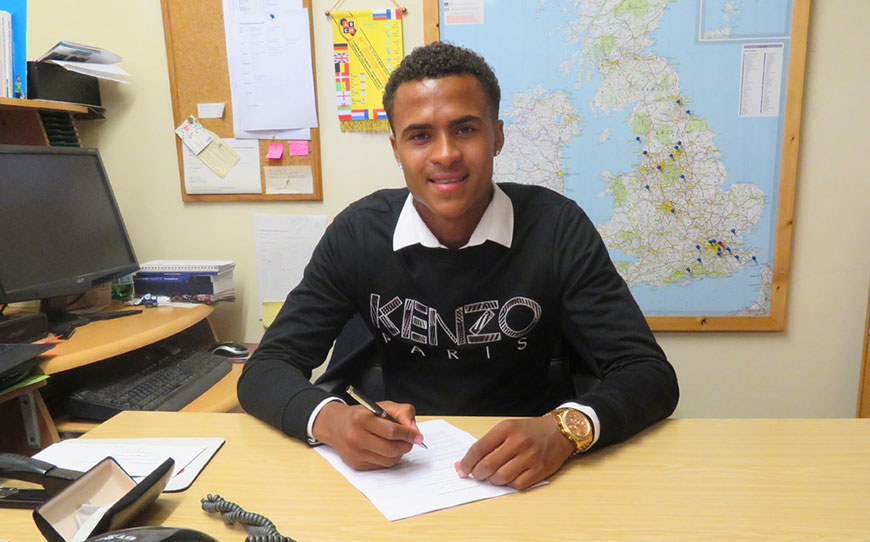 Dagenham & Redbridge have secured the future of academy graduate Elliot Bonds after the midfielder signed his first professional contract with the club until the summer of 2020.

Bonds was an influential figure in the Daggers reaching the FA Youth Cup fourth round, scoring the opener against Ipswich Town at Portman Road in a narrow 2-1 defeat.

The 18-year-old progressed into the first-team and made his debut a month later during a 3-0 away win at Torquay United, becoming the club’s youngest ever senior player.

Bonds completed the season with five appearances and was also named in LFE’s ‘The 11’ in May having combined his on-field success with impressive achievement in the classroom.

“I am really proud for me and my family to come here and do it,” he told the club website. “It’s crazy to think that I started last season as an Under-18, second-year scholar. To end the season playing for the first team for the last five games was a massive progression and I just worked really hard for it.

“I would like to get as many games under my belt as I can. Playing for the first-team is completely different to the Under-18s as in the men’s games you learn new things and you learn things quicker.”