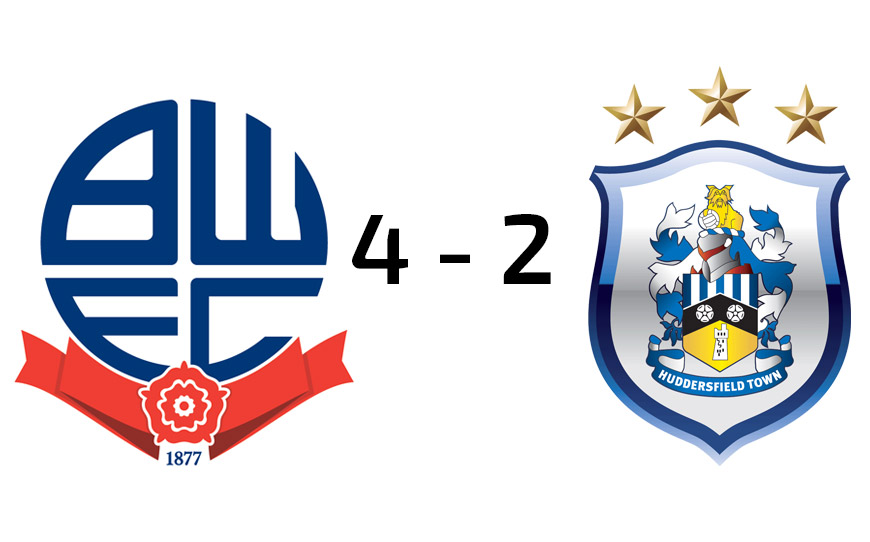 By Michael O’Gara: Bolton Wanderers maintained their impressive home form, with a stunning comeback against Huddersfield to make it five wins out of six, at the Eddie Davies Football Academy,

Bolton dominated the first 20 minutes, which had Leigh Bromby’s men on the back foot from the off. However, despite a difficult start, Huddersfield took the lead with Dominic Tear profiting from some sloppy defending from the home side.

The Terriers made it 2-0 soon after, when Matthew Daly was left with space in the Wanderers box, to stroke the ball past Ryan Schofield.

Bolton coach Gavin McCann admitted that his team had “got away with it” after their first half performance.

“I thought the first twenty minutes we played some really good football. But I think defensively as a team we weren’t really great today, The second goal we conceded wasn’t great and honestly they should’ve had another when they hit the post.

Coming out for the second half it was clear to see that the Bolton players had been given a half-time rebuke by McCann and Nicky Spooner and they found a new energy.

Wanderers striker Alex Samizadeh started the fightback, taking the ball past an on rushing defender and slotting underneath the keeper.

Second half substitute Luca Navarro then equalised for the home side, with a composed finish into the bottom corner. A reinvigorated Wanderers had found their groove and were now dominating a young Huddersfield side, who fielded six U16 players in their side.

With twenty minutes to go, Samizadeh added his second, rounding the keeper and placing it into an empty goal.

Then with moments to spare, Navarro scored his second from Dennis Politic’s cross.

The Huddersfield coach, Bromby was not overly disheartened by the result though conceded that there was plenty for his players to work on.

“We’ve definitely got to improve defensively,” he said.

“We have a lot of U16’s playing today and getting them in the building and working with them every day, they will improve.

“We caused ourselves the problems today so it’s quite simple from a coaching point of view. We can get them on the training ground and work on the group being together and playing together.”