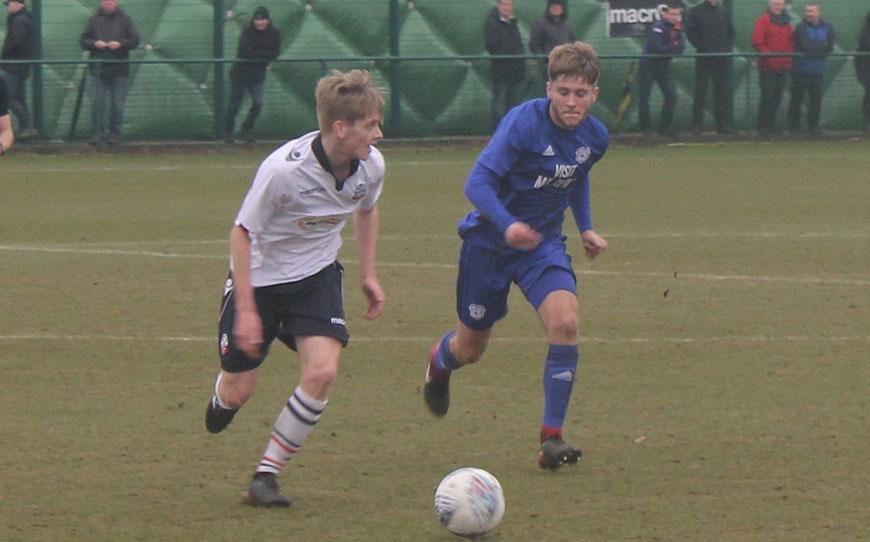 By Nicholas Dusabe: Bolton Wanderers Under-18s extended their lead at the top of the Professional Development League North to four points with a stylish 4-1 win over Cardiff City Under-18s.

The Bluebirds haven’t won since a five-game winning streak ended in February, but they did take the lead in the seventh minute through Davies, who controlled a long ball forward, skipped through two defenders and then finished precisely across the keeper.

However, Bolton are the highest scorers across the Northern and Southern leagues and they were back on terms within minutes as Navarro managed to slalom through the Cardiff backline before sliding the ball across goal to Politic, who had the simple task of tapping the ball into an empty net.

The visitors thought they had regained their advantage through Connor Davies, but his back-post header was ruled out having been adjudged offside.

Bolton became the more dominant force as the half progressed and their pressure paid off as they went in front from the penalty spot. Striker Politic went on a weaving run inside the area before being tripped by an outstretched leg, allowing Navarro to coolly place his spot kick into the bottom right corner, sending the keeper the wrong way.

Cardiff responded well and could have levelled when Isaak Davies struck an effort from a tight angle in search of his second of the game, but Callum James was equal to the task in the Wanderers goal.

The margin was nearly doubled shortly after that as Navarro was played through on goal with just Bluebirds stopper George Ratcliffe to beat, only to hit a tame shot straight at the keeper.

The Trotters made a flying start to the second half after midfield playmaker Luca Connell latched onto a loose ball on the left side of the area and unleashed a firm left-footed strike that rifled into the top right corner.

In a bid to close the deficit, Cardiff took more risks and became vulnerable to counter-attacks, which the hosts finally took advantage of when substitute Connor Comber burst down the right flank and pulled the ball back to the edge of the area for Navarro to score his second and seal a convincing victory.

Wanderers Under-18s manager Nicky Spooner told LFE: “If you look at the results earlier on in the season we were very open and we said we can’t keep conceding, so being compact and game management was something we worked on.

“The team are going to realise from this the importance of going in front and protecting the lead, and that’s what they have to learn for the higher level.”