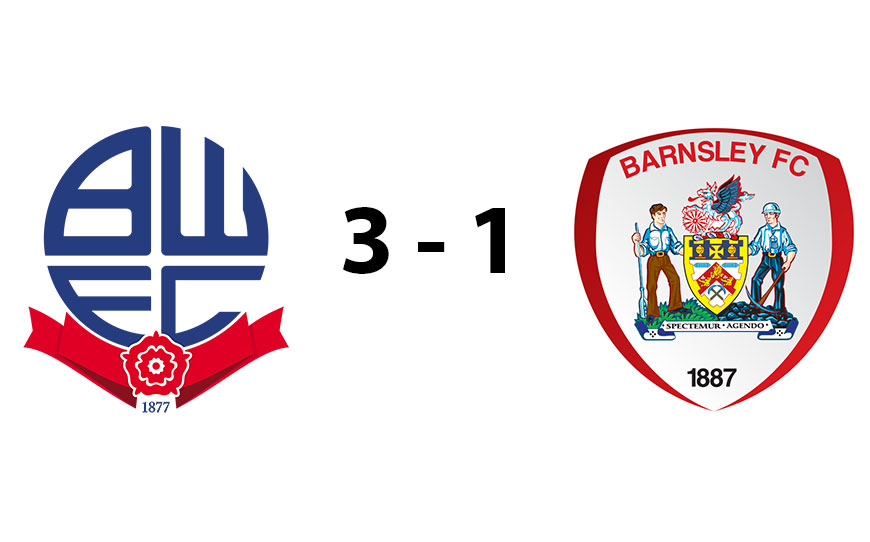 By Nicholas Dusabe: Bolton Wanderers Under-18s returned to winning ways by cruising to a comfortable 3-1 win against Barnsley, lifting themselves to the top of the Professional Development League North.

Striker Eddie Brown gave Wanderers a first-half lead and then added two more after the break to seal his first hat-trick at Under-18 level, while substitute Tommy Willard produced late consolation for the visitors.

Bolton were involved in an entertaining 4-4 draw with Leeds United in their previous outing and were quickly back on the scoresheet again as Brown netted the opening goal on seven minutes.

Barnsley centre-back Ben Harriott was at fault after he was caught out by a long clearance, with Brown latching onto the loose ball and firing low and hard across keeper Jake Greatorex.

The Trotters applied further pressure in an attempt to double the margin, although Greatorex was equal to the task as he twice denied Dennis Politic.

The Tykes had to wait until the final moments of the half to create their best opening when Wilberforce Ocran was sent in-behind the Bolton backline by Robbie Miller’s perfectly weighted through ball, but Max Broughton recovered to make a terrific goal-saving tackle.

The second-half began in a similar pattern to the first as the hosts maintained a solid structure in defence while posing a consistent threat on the counter.

And there was no surprise when Bolton extended their advantage when Politic whipped in an inviting cross from the right flank to the back post towards Brown, who smashed home at the second attempt after Greatorex had saved his initial header.

The away side almost produced an instant response through Ocran, but his header was cleared off the line following a well-worked corner and that missed opportunity proved costly within minutes as Wanderers netted a third.

Shakeel Jones-Griffiths stole the ball deep in his own half and quickly released Brown and Politic, who led a devastating two-man counter-attack, ending with Brown slotting low to the keeper’s right to complete his hat-trick.

The young Tykes continued to battle despite the game being out of reach and managed to reduce the deficit through Willard, but the damage had already been done by Nicky Spooner’s team as they claimed a comfortable victory.

Under-18s coach Spooner told LFE: “Eddie is a box of tricks, he’s full of energy and today he had three chances and took them all. That’s what he can do when he’s on top form.

“A lot of the boys are first-year scholars and this was the first time they had played at night time. We tried to adjust our schedule to give the boys the best opportunity next week when we take on Middlesbrough in the Youth Cup.”