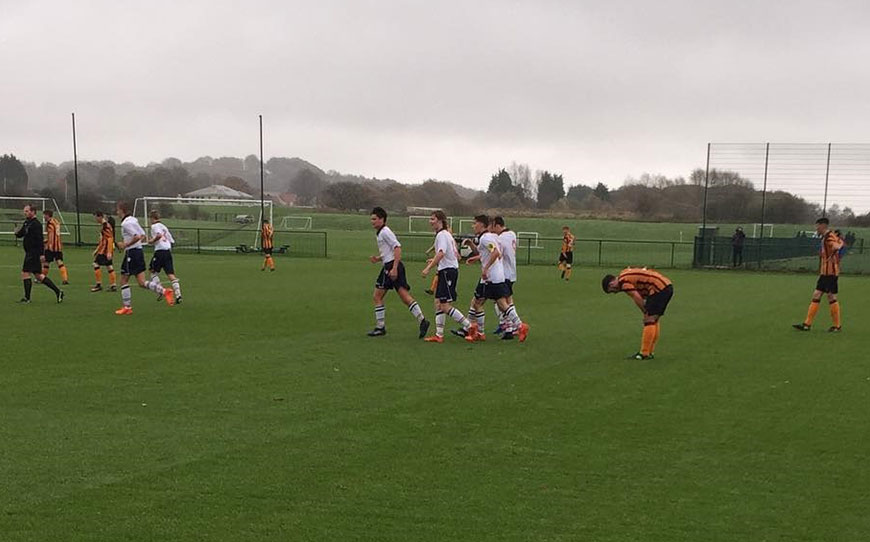 By Nicholas Dusabe: Bolton Wanderers Under-18s suffered a second-half collapse as Hull City recovered from two goals down to win 4-2, lifting themselves up to second in the Professional Development League North.

Luca Connell and Laurence Smith had given Wanderers the advantage in the first-half, but the visitors made an emphatic response after the break with Keane Lewis-Potter, Dan Hawkins, Josh Thacker and Ahmed Salam all finding the net.

The Trotters went into the game unbeaten in their previous six fixtures and looked to be well on their way to extending that run as they raced into a two-goal lead inside 20 minutes.

They opened the scoring through Republic of Ireland Under-17 international Connell, who won possession of the ball in his own half and surged forward before converting a powerful strike from outside the area.

The hosts soon doubled their advantage after some high pressing from Eddie Brown, with the striker then teeing up Smith to unleash a strike from distance past Tigers stopper Harrison Foulkes.

Hull’s best opening of the first 45 minutes came late in the half when Lewis-Potter latched onto a poor clearance from Bolton keeper James Aspinall, but he subsequently dragged his shot wide of the target.

However, the match was turned on its head after the restart as City netted two quick-fire strikes in the early moments of the second-half to put them back on level terms.

Sixteen-year-old Lewis-Potter notched his eighth goal of the season, producing a clinical left-foot finish at the near post to halve the arrears, while Hawkins tied the scores with a tap-in after Aspinall failed to deal with a long shot.

The home team were without top scorer Dennis Politic and his absence proved decisive when Brown was sent through on goal, but failed to capitalise as he was excellently thwarted by Foulkes to maintain parity.

Shortly after, things began to unravel for Wanderers, with Hull forcing their way in front through captain Josh Thacker, who rose highest to head home from a corner.

Any hopes of a comeback for Nicky Spooner’s team took a huge blow when the referee brandished a straight red card to Brown for a wild challenge and the misery was compounded when Salam extended the margin with a cool side-foot finish from just inside the area.

Wanderers Under-18s head coach Spooner told LFE: “I thought the boys were outstanding in the first-half. We went out there with a game plan, sitting off and looking to hit them on the counter-attack.

“Unfortunately in the second-half we conceded soft goals. Instead of playing as a team the players went more as individuals, which was hugely disappointing.”