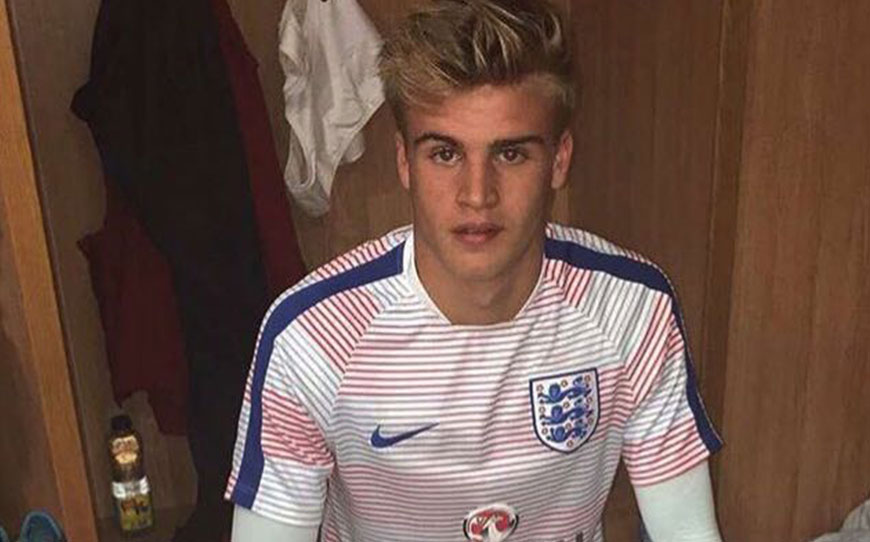 By Kane Brooker: Bolton Wanderers Under-18s coach Gavin McCann has revealed that Max Broughton’s international call-up has done wonders for his teammates’ confidence at the club.

The central defender came off the bench at half-time in England Under-17s 2-1 victory over Russia on Saturday having previously captained the side in a 3-2 victory over Turkey in August.

McCann, an ex-international himself with a single cap for England in 2001, believes the experience has been invaluable for Broughton and the club.

He told LFE: “It’s brilliant. Max has done really well and he’s been great since coming in. He missed pre-season, then was with us for a bit and got called up for England, but got knocked out playing for them and had a few stitches in his head.

“He’s come back and played the last six games for us and definitely impressed. To represent his country at 17 is great, and it’s given the other lads a confidence boost and some inspiration.”

Broughton’s call-up comes just a month after the Young Lions triumphed at the Under-17 World Cup in India, where current apprentices Morgan Gibbs-White (Wolves) and Steven Sessegnon (Fulham) starred in England’s route to glory, with Billy Crellin (Fleetwood Town) also featuring during the tournament.

The first-year apprentice has reportedly attracted attention from numerous Premier League clubs, but McCann is not expecting him to be promoted into first-team contention just yet.

McCann said: “He’s missing some games being away with England at the moment so it’s a big ask. We’ll see how he goes game by game, and consider how he comes back from the internationals.

“If they’re good enough they’ll play, but it depends on the player. He has a great attitude so fingers crossed we might have a player. We’ll have to wait and see, but I’m sure time will tell.”

Broughton is the latest Wanderers apprentice to receive international recognition after first-year professional keeper Jake Turner earned his Under-19s debut in a 7-1 win against Poland in September.