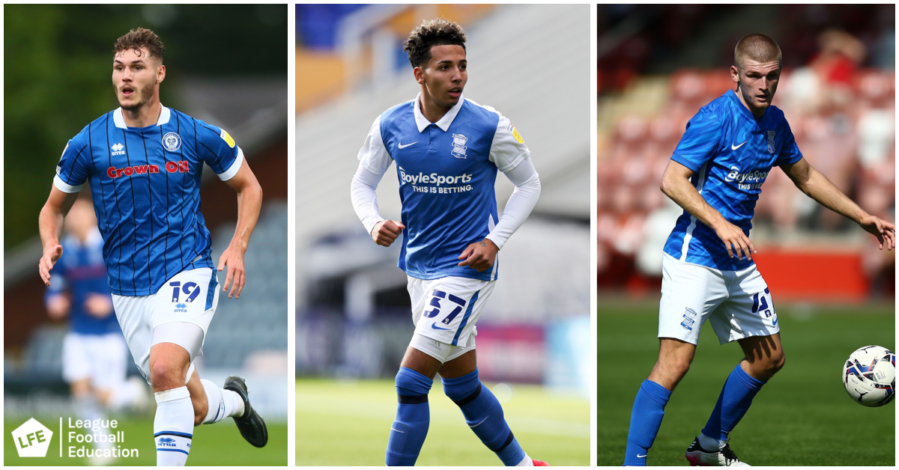 Championship outfit Birmingham City have taken up the option to extend the contracts of three young players who have all progressed through the Academy.

The Club have triggered one-year extensions for former LFE apprentices Josh Andrews, Odin Bailey and Ryan Stirk, after the trio have impressed during their loan spells away from the club during the 2021/22 season.

The talented trio – who all featured in 2018’s run to the FA Youth Cup semi-finals – will be tied to Blues until the summer of 2023.

Solihull-born Andrews joined the Academy back in 2009 and has progressed to represent both the Under-18s and Under-23s with distinction. Last term he featured for Harrogate Town in Sky Bet League 2 before returning to the division with Rochdale in August. To date, he has made 18 appearances and scored five goals, as well as striking on his Premier League 2 debut for Blues towards the end of a period of injury rehabilitation.

Bailey has been on the books since the age of seven, starring on his journey through the academy ahead of a loan to Gloucester City and his senior debut versus Portsmouth in an August 2019 Carabao Cup tie. A first professional goal followed against Middlesbrough before back-to-back loan spells at Forest Green Rovers aided his development. The current campaign has been spent north of the border with Livingston, having made 31 outings for the Lions so far.

Stirk is another Academy graduate who joined the Club at the start of the last decade. The midfielder went on to sign a scholarship in 2017 and was handed a professional deal at the age of 17, a period that coincided with recognition in the Wales youth setup that has seen him currently represent his nation up to Under-21s level. After making his first two professional outings at the end of the 2020/21 season, Stirk switched to Mansfield last July for the current campaign and has turned out more than 30 times.