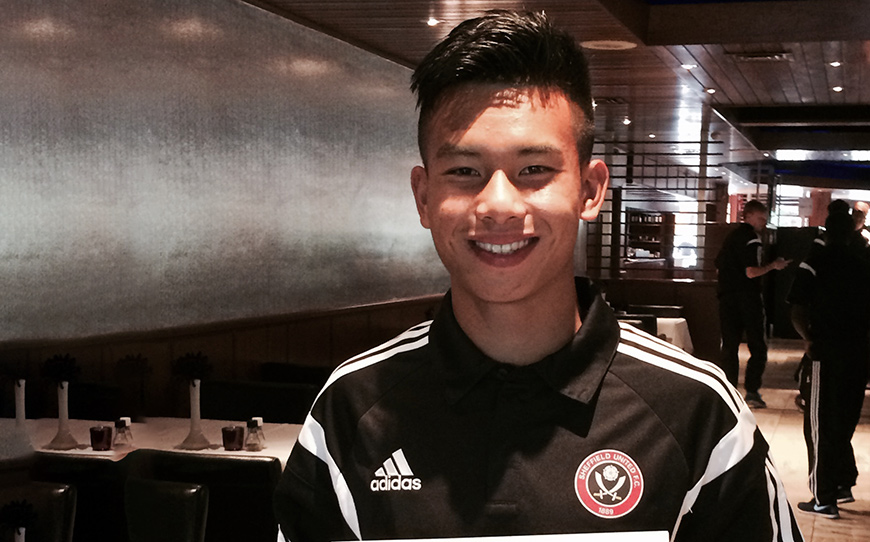 Sheffield United youngster Kler Heh has set his sights on continuing his incredible journey by one day becoming a Premier League footballer.

Just eight years ago he was playing in bare feet in a Thai refugee camp Myanmar border. And while he came to England only four years ago, he has just completed his two year apprenticeship with the Blades which was capped by signing his first professional deal.

He told Reuters: “I would love to play in the Premier League one day but at present my goal is to impress (manager) Nigel Adkins and (under 21 coach) Chris Morgan, and repay Sheffield United for the faith that they have shown to me.”

The 18-year-old has come a long way from seeming destined never to escape the camp on the border of Myanmar.

He explained: “You can’t really get out, nobody has a passport to go into Thailand and go out like a normal human would.”

However in 2006, Heh and five family members were given a lifeline as they were resettled in Sheffield as part of the United Nations Gateway Protection Programme.

Despite being unable to speak the language, Kler managed to impress coaches at the Blades and has gone from strength to strength ever since.

United academy manager Nick Cox told Reuters: “It has been an incredible achievement to be awarded with a professional contract at the club.”

He continued: “Trying to progress through the academy ranks is a tough challenge on its own. Kler has done this at the same time as having to learn a new language and adapt to an unfamiliar culture.”

But the skilful winger is taking it all in his stride: “I know that I am representing myself, my family, friends and everyone in Myanmar and Thailand,”

He added: “I want to be a positive role model and a symbol of hope that there is life outside the refugee camps.”