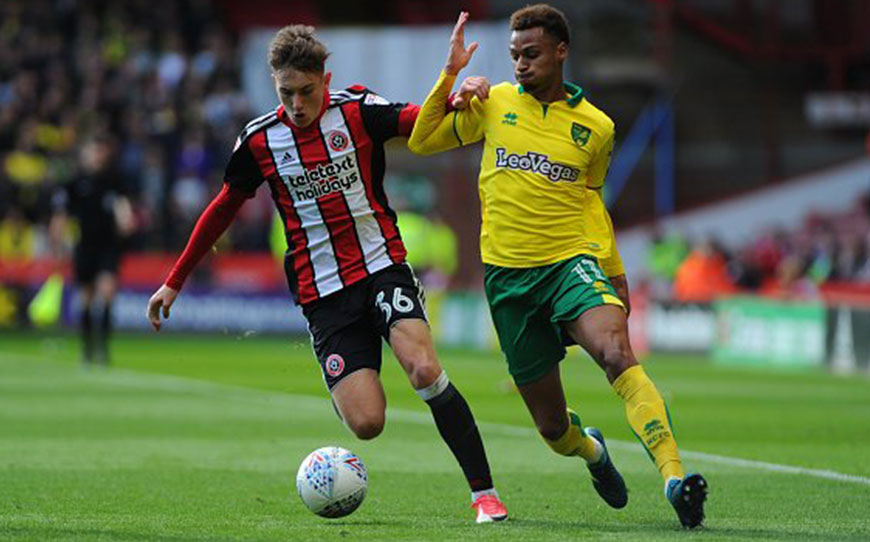 Sheffield United starlet David Brooks has warned off Premier League interest after committing his long-term future to the Blades by signing a new four-year contract.

The 20-year-old has enjoyed a dramatic rise to prominence over the past five months since being selected for England’s Under-20 Toulon Tournament squad in the summer.

Brooks claimed the Player of the Tournament award for the victorious Young Lions and has gone from strength to strength ever since, emerging as a regular in Chris Wilder’s high-flying United side.

Blades boss Wilder told the club website: “I’m delighted that David has yet again extended his contract – he’s been rewarded for an excellent start to the season.

“David sees his future at Sheffield United and that’s what we want to hear because, without doubt, he is one of the hottest properties outside the top-flight.”

The attacking midfielder has amassed 10 appearances in the Sky Bet Championship this season since his league debut against Middlesbrough in August, including three consecutive starts last month against Norwich City, bitter rivals Sheffield Wednesday and Wolves.

His impressive performances attracted further international recognition as Brooks switched allegiances to represent Wales’ Under-21 squad, before earning a senior call-up for the recent World Cup qualifiers, although he did not feature against Georgia or Republic of Ireland.

“Obviously the aim here is to get to the Premier League,” Brooks said. “That’s what the target is. It’s a difficult task and we just want to do the best we can. We’ll keep pushing on as a team and see where it takes us.

“It’s a great club, it’s obviously on the rise and everything is going in the right direction. That’s why I want to be a part of it.

“I wanted to renew my contract and I was presented with the opportunity to do that. I’m very happy playing regular football in the Championship. That’s all you want. I’m delighted I could get it done.

“Last year, I was on the fringes and then to have such a great start this year, it’s been a good couple of months. I’m enjoying myself in Sheffield as well. I think the whole thing is a good fit and I’m pleased to be staying here.”