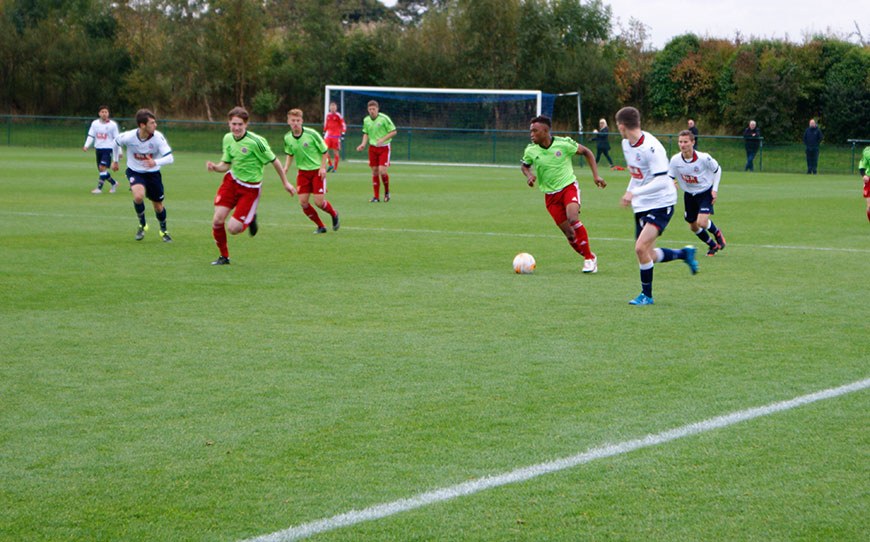 The Blades face Bradford City in the first round of The FA Youth Cup next Tuesday at Bramall Lane before hosting Leeds in the Professional Development League 2 North on Saturday (31 October).

“We should’ve beaten Charlton even though we lost and we’ve been the better team in every home game for large spells of the games so we hold no fear with Bradford and Leeds coming to play us.

United suffered a third loss in four games after a disappointing display at Bolton, but Binnion is positive about the progress being made by his side.

“I thought the wide players were excellent,” he added. “They’ve created chances but we’ve not defended well enough.

“They’ve been excellent recently but the whole team defensively weren’t quite at it today and you’ve got to give Bolton some credit for that.

“We’ve had 11 good games now. Wins, losses, different styles for and against. So it’s just a continuous development for the boys.”