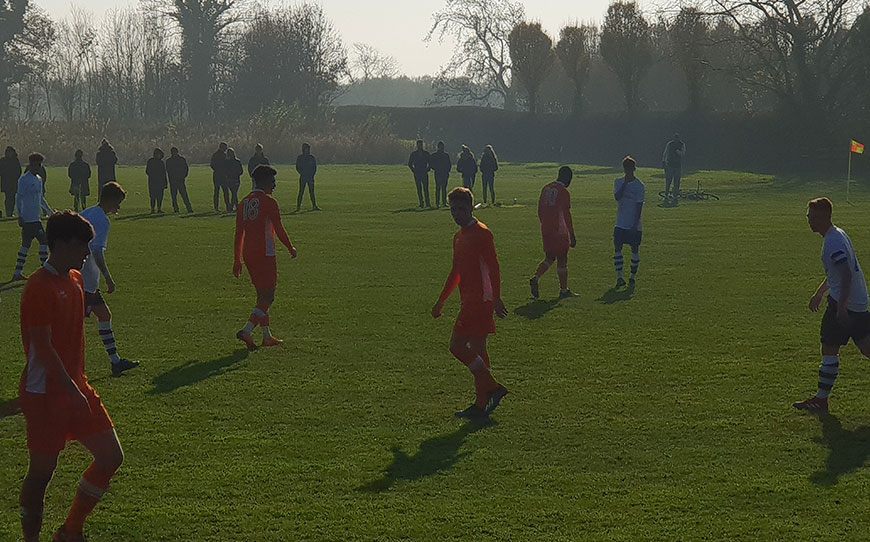 Andy Kanga and Sam Maddox got on the scoresheet before an own goal in stoppage time completed an excellent turnaround for the Seasiders after North End had gone 2-0 up inside the opening 10 minutes through Ethan Walker and Jerome Jolly.

The young Lilywhites raced out of the blocks as Walker cut inside from the left and finding the net with an impressive finish from outside the area with less than a minute on the clock.

And the disaster start continued for Blackpool as winger Jolly doubled the margin on seven minutes after catching keeper Harvey Simson off guard direct from a corner.

The hosts finally began to impose themselves on the game and almost halved the deficit when Ryley Smith played a through ball into the path of Kanga, but he was stopped in his tracks by a crucial tackle from Lewis Earl.

However, Preston’s resolve did not last for much longer as Kanga beat the offside trap and rounded the keeper before calmly slotting into the open net.

And Blackpool were back on level terms just five minutes later through Maddox, who rifled a powerful shot into the top corner from 25 yards out.

North End responded well after the break and threatened to restore their advantage when Tyrhys Dolan produced some trickery down the wing to create an opening, but struck wide of the post.

They continued to apply the pressure, with Jolly heading over from a corner kick, while Josh Pollard’s goal-bound effort was cleared off the line by Harry Winstanley after beating substitute keeper Sam Kellett.

And having weathered the storm in the second half, the Tangerines capitalised on a free-kick awarded after a challenge from Jack Armer, with Nathan Shaw delivering a dangerous free-kick that was diverted in by a Preston defender.

“It’s a game that we shouldn’t have lost,” Preston Academy manager Nick Harrison told LFE. “We probably dominated the game without being clinical enough to win it, but fair play to Blackpool. The chances they created, they scored.”

“In a local derby, it is all about the win. We don’t want to be second best. We are trying to install that a lot more across the academy, these are must-win games.”