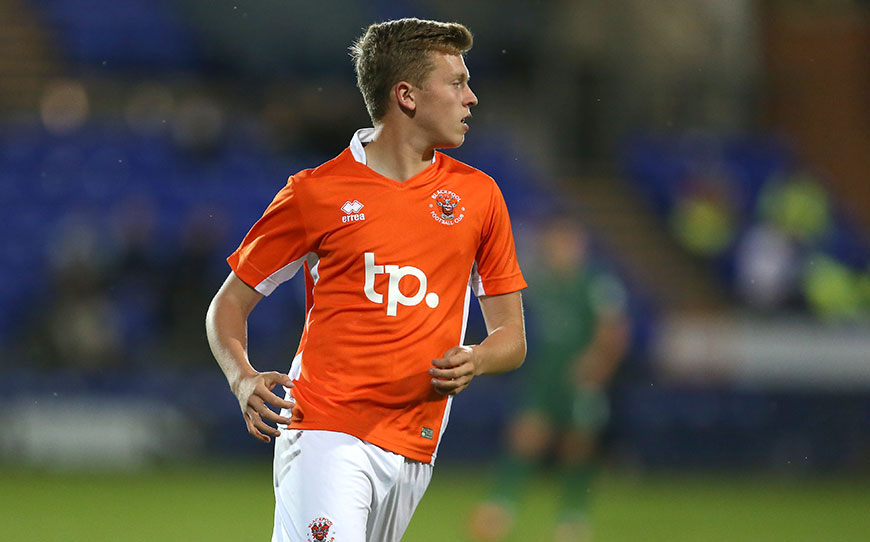 By Owen Keighley: Blackpool Under-18’s striker Rowan Roache is heading to Andorra later this week to represent the Republic of Ireland Under-17’s in the UEFA U17 Championships Qualifying Tournament.

The 16-year-old is set to feature against Andorra, Kazakhstan and Greece as the Republic try to reach the next stage of the competition.

The striker, who played a big part in Blackpool’s win on Saturday against Rochdale, will hope to continue his fine form for his club and cement a place in the starting XI.

Roache came on as a substitute in Ireland’s last game against Turkey, in which they won 3-2.

Blackpool coach Ciaran Donnelly expressed his delight at the progress his young forward is making.

“It’s the first time we’ve ever had an issue with a youth team player going away regularly on international duty.” Donnelly told LFE.

“He’s going away to play in European Championship Qualifiers, so It’s a fantastic experience for him and it’s one he will relish – I know the type of character he is.

“He’s not one to be nervy and go away thinking he’s not good enough, he’ll go away and think to himself that he’s the best player on the pitch.

“All the lads have wished him well and we all hope he does well.”

The tournament kicks off on October 15 when Republic of Ireland face hosts Andorra.

They then play again against Kazakhstan on October 17 before finishing their group games against Greece on October 20.