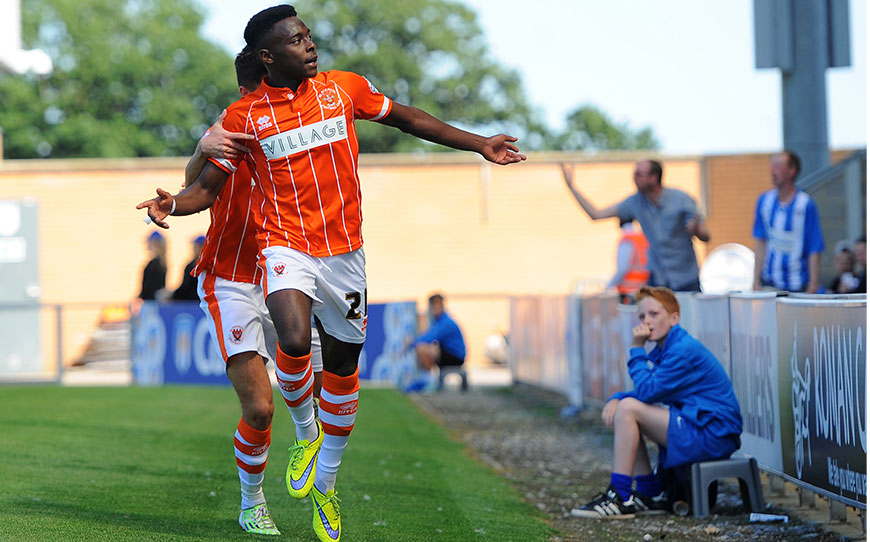 Blackpool manager Neil McDonald has revealed that the club have made teenage star Bright Samuel an improved offer on his first professional contract as they look to secure the long-term services of the player.

The exciting winger is yet to sign professional terms with the Seasiders and caught the eye during Saturday’s season opener at Colchester.

The 18-year-old rejected an offer last season, while a first-year apprentice and McDonald says he is eager to tie down the youngster to Pool.

“We are in talks still with Bright. That’s ongoing at the moment. We want to get that sorted as quickly as we can.”

“I want players who want to play for Blackpool and are proud to. I think Bright has a big future with us,” he added.

McDonald said: “We lost two young lads this summer but their minds were made up before I arrived. I tried to change their minds and I think I almost did.

“They decided to go elsewhere and I think that will be their loss.”

Meanwhile, another youth product, goalkeeper Myles Boney, spent a week on trial at Manchester City this summer and has now been offered a two-year deal at Bloomfield Road.

The 18-year-old was on the bench for Tuesday’s Capital One Cup defeat at Northampton.