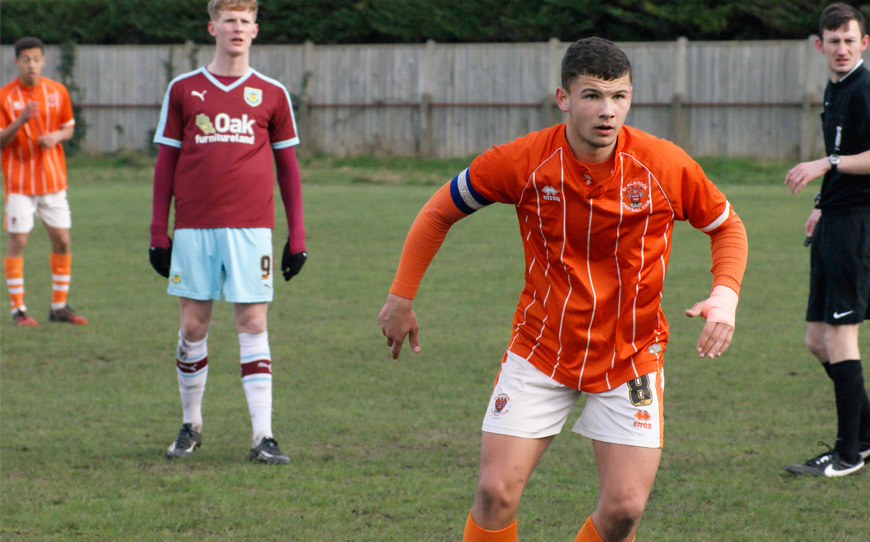 Blackpool have offered scholarships to seven of their Under-16 players, as they aim to continue their prolific production line.

The Seasiders have been keen to push through their youth starlets in recent times, with teenagers Henry Cameron, Myles Boney, Bright Samuel and Luke Higham all featuring in the first-team this season.

“We’ve had them here for a long time and every club’s got to be looking to produce their own players. Last year was a poor year for us, where we only took three of our own Under-16s and then had to find players that had been released by other clubs or other circumstances.”

“This year, out of our nine scholars available, seven of them are our own, so now we’re only looking for two which is great. That’s what every club should be looking to achieve and we’re really pleased with that.”

And while the next crop of scholars begin to slot into the Under-18 team, second-year apprentices are bidding to seal professional contracts.

“Because of all the games being called off, they’ve not had that opportunity, which is why they’re going to get a bit longer to show us if they are capable of being consistently good week in and week out. When they get to 18, it needs to be less up and down and more solid seven/eight out of 10 performances every week.”

He said: “You ask any coach and they’d say you would like some kind of bridging in between the youth team and the first team, because not everyone is ready for the first team at 18.

“We’ve been lucky the last couple of years that we’ve had lads get some opportunities in the first team at 18, but not everyone is like that. Some lads need a bit more time, so unfortunately we don’t have that bridge here, but we do have a manager who is willing to take in players and give them that chance.”

One player who has received the offer of a professional contract is Under-18s captain Macauley Wilson, who was selected in LFE’s ‘The 11’ back in December.

“He’s one of them that you would look at and think he’s been consistently good all season,” Donnelly said. “He’s now knocking on the door and training with the first team full-time and he’s got to carry on doing that. He’s just got to keep going as he has and keep the same attitude to learn and to compete and he’ll be fine.”