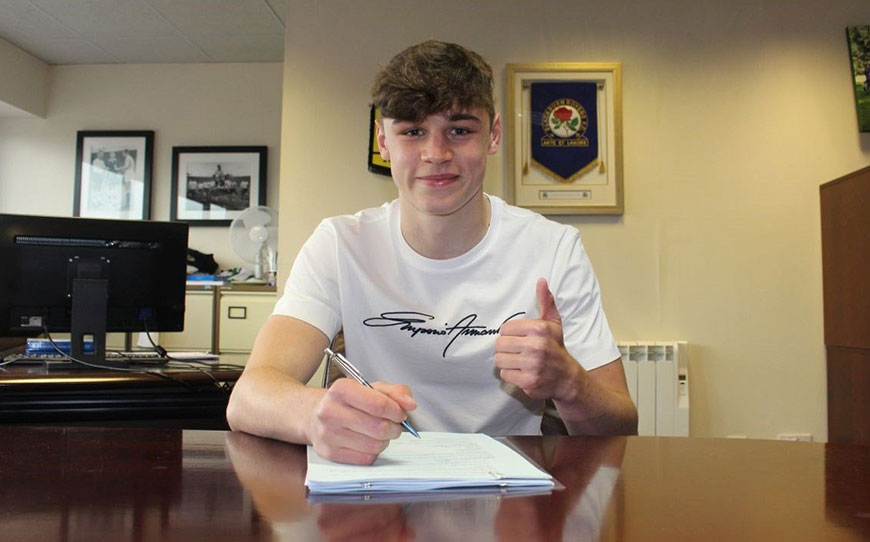 Blackburn Rovers second-year apprentice Alex Baker has penned his first professional contract, agreeing a two-year deal that will keep him at the club until June 2023.

The 18-year-old, who joined Rovers at the age of six, missed the entire 2019-20 season due to an ACL injury, but showcased his ability as a pacy and powerful striker since the turn of the year with six goals and several assists as they secured a top-half finish in the U18 Premier League North, following a run of nine wins from the last 11 games.

Baker also stepped up to Under-23 level recently and amassed five appearances in total, including one start in a 1-1 draw against Tottenham Hotspur, contributing to Blackburn’s impressive fourth place finish in Premier League 2 Division 1.

“Playing for Blackburn Rovers is all I’ve ever known, so it’s great to sign and I’m just really excited for the next two years,” he told the club website. “I think the Under-18s performed well during the second half of the season and I was really happy to play my part in that. It was a group effort – the players and coaching staff all working together – and it was great to be involved in it.

“I’m really looking forward to being more involved with the Under-23s next season. It’s a lot different to youth football, but hopefully I can adapt to it quickly and I know that the hard work starts now.”