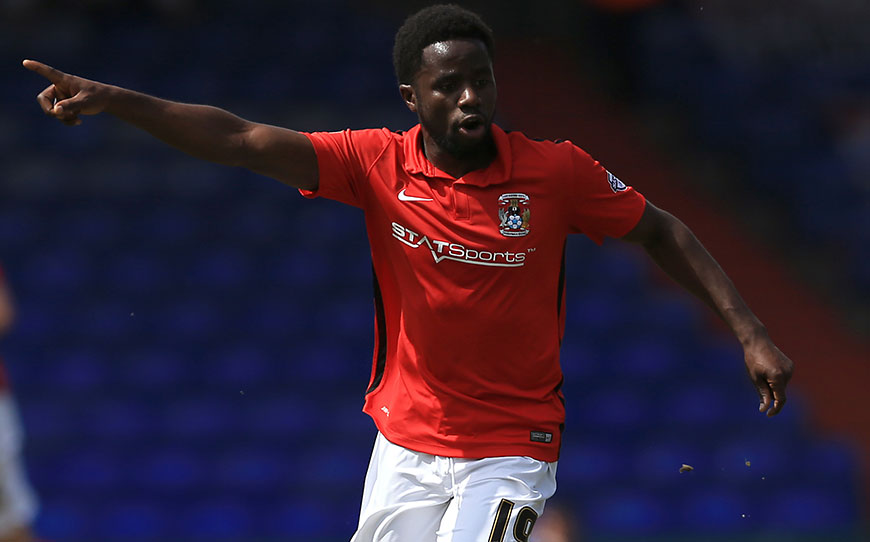 Coventry City have re-signed midfielder Gael Bigirimana on a permanent transfer from Newcastle United until the end of the season.

The 22-year-old is a former academy graduate at the club and made 28 senior appearances before moving to St James’ Park for an undisclosed fee in the region of £1million in July 2012.

Bigirimana was named the English Football League’s Championship Apprentice of the Year in the 2011-12 season, but failed to make an impression with the Magpies, making just three league starts in four years.

He spent the majority of last season on loan with the Sky Blues, featuring 13 times and has now made that move permanent.

“We’re in an extremely busy period of fixtures so it is important we have depth in key areas. We know from last season the quality Gael can offer to the squad and I think he is pleased to be back in the West Midlands.

“Gael is still young, but having married in the summer and moving back ‘home’, I think we have signed a more mature and focused footballer. I am sure he can rediscover the form that made him such a popular player in his first spell at the club.”

The Burundi international came off the bench in Coventry’s 1-1 draw with Northampton at the weekend, before making his return to the City starting line-up in their 4-2 win against West Ham Under-23s in the EFL Trophy last night.