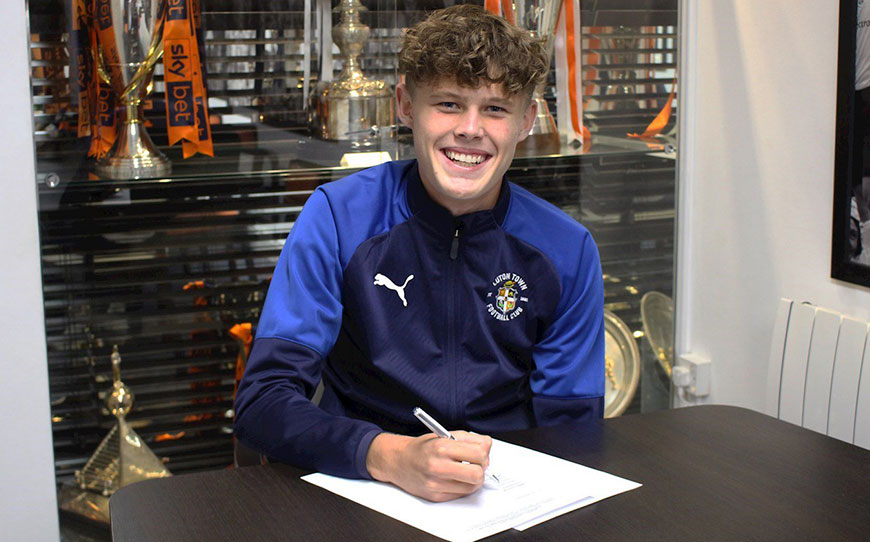 The 17-year-old, who featured in LFE’s Goal of the Month competition in October 2018, received game time in friendly matches against Bedford Town and Basingstoke in July and was singled out for praise by Jones and experienced defender Matty Pearson.

“I’m delighted that Sam has signed a professional contract with the club,” Jones told the club website. “He spent a period of time with the first-team in the summer where he was not out of place technically, tactically, physically and mentally in every single area.

“He’s a left-footed, 6ft midfield player who is mobile, who can play, who is tactically aware – and they don’t come around every day of the week. So I’m delighted to tie Sam down and I’m looking forward to working closely with him in the future.”

Academy & Development manager Andy Awford said: “First and foremost, Sam’s the right type of person that we want at the football club, which is important to us all. As an apprentice and as a schoolboy before that, he’s shown really high levels of desire to get to the next level, which is good.

“His level of performance has also been really consistent in the youth team and when he’s stepped up into the development group, and where this year he’s had a little bit of an opportunity to be involved with the first team in pre-season and also a few training sessions, he’s done quite well.

“So he’s deserved the opportunity to earn that contract. The important thing now is keeping his feet on the ground and making sure that we are patient with him and allow him to develop at the required rate so that we can push him through hopefully in the next two or three years.”

Meanwhile, Beckwith added: “I’ve been here since I was Under-8s, and this is what I’ve wanted all along so I’m over the moon. Andy and the academy coaches through all the age groups have been fantastic, I can’t thank them enough.

“It’s been a great experience over the past couple of months, playing in some of the friendlies and going to Portugal with the first-team. I learned so much and I just want to carry on working harder and learning every day.”