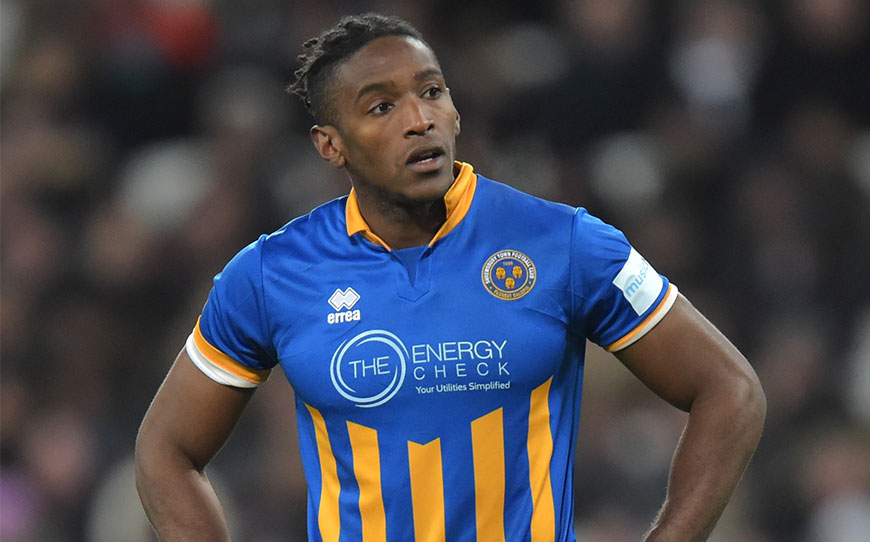 Shrewsbury Town defender Omar Beckles has set up the Hub365 Foundation to help young people in the Shropshire area, in memory of his late father and jazz musician Linton, who passed away in 2015.

The 26-year-old, who was recently named in the EFL Team of the Season in Sky Bet League One, is aiming to use the foundation to generate unity within local communities.

“In a nutshell, we want to bring about cohesion and bring about opportunities for the younger generation,” Beckles told the club website. “That’s what it is all about and we’ve got dreams of building community centres and multipurpose buildings that can facilitate that.

“But, on a short-term aspect it’s about, how can we impact on certain issues like mental health, how can we bring people together and how can we help a younger generation to be in a better position to have a better future?”

The former Millwall apprentice has been forced to bide his time to become an established professional, learning his trade at various non-league clubs having been released by the Lions in 2010 before finally breaking back into the EFL at Accrington Stanley almost two years ago.

Twelve months later, Beckles jumped another division with Shrewsbury and after an impressive season helping the Shrews to a play-off spot in England’s third tier, he is now hoping to provide other young people with the opportunity to follow his path into the pro game.

He said: “It all triggered from my dad passing away and the foundation is in memory of my dad. When I attended the funeral there was a story about a guy that my dad lent £1,000 of equipment to in an area that was very deprived.

“For a teenager that could have ended up in gangs, he was excellent for that kid and because of that he became a musician, so that’s what we want.

“Recently, I saw in the Shropshire Star that mothers were protesting in Shrewsbury about there not being enough support for the kids in terms of mental health situations and we are hoping that what we can bring about more impact because we’ve been given a platform as footballers and people look up to us, so we’ve got to use that for a greater good.”