Histon manager John Beck says he has held talks with Peterborough United about the possibility of borrowing some of their youngsters for next season.

Histon has dramatically reduced its playing budget over the last six months and with most of last season’s first team having now departed Beck is keen to attract some young talent to The Glass World Stadium.

Beck who worked with Posh manager Gary Johnson at Cambridge hopes that this link up could assist them as they start next term with one of the lowest budgets in the Blue Square Premier.

Speaking to BBC Cambridgeshire, Beck said: “I’ve spoken to Gary and he’s mentioned a couple of lads so I’ll be going down there in pre-season.”

“It’s the sort of relationship we need with our local League sides.”

“Everyone needs to be part of ‘Team Histon’ and we need an image change as there was a lot of negativity last season.”

“We’ll be working under terrific constraints and it’s a massive task ahead of us.”

“Any academy boys who are pushing for a pro-contract are just the sort of players we are looking for as it’s the only way we can exist.” 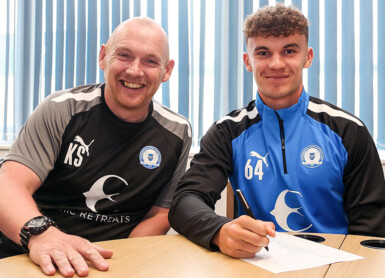