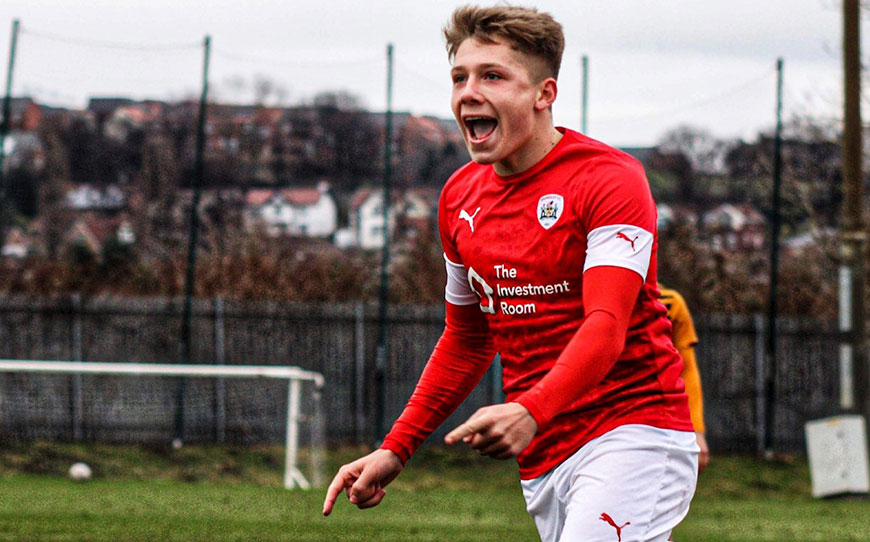 The highly-rated striker is the latest academy youngster to commit his future to the club, following in the footsteps of the likes of Rudi Pache, Romal Palmer, Matty Wolfe and Jack Walton in recent years.

“I’m absolutely over the moon,” Marsh told the club website. “I’ve been here five or six years and, obviously, I set myself little goals, but to get my first professional contract I’m absolutely buzzing.”

Marsh has been a prolific scorer coming through the age groups and was rewarded for his fine form with a call-up to the senior squad for our 5-3 victory over Queens Park Rangers back in December.

The 17-year-old went on to earn four more appearances on the substitutes bench, although he is yet to make his first-team debut after his season was disrupted by injury.

Marsh, who was called up to an England Under-17 training camp in November 2019, said: “I started running a few days ago, so it shouldn’t be too long; I’m just eager to get back now and see where it takes me.

“There’s never really a good time to do it, but the end of the season is probably the best if you can do it at any time. I’ve been looked after really well and I’d say I’m ahead of where I should be so everything is going really well.

“I want to get back as soon as I can, get back in training and show the gaffer and assistants what I can do and see where that takes me.”