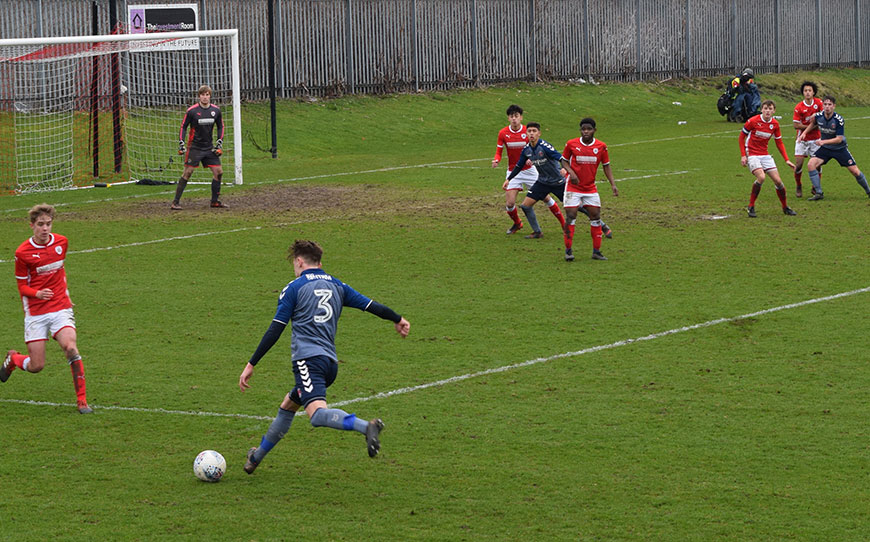 Barnsley had taken a two-goal lead into half-time through Wilberforce Ocran and Joao Rangel, but doubles from Alex Willis and Brendan Wiredu, plus a superb Jeremy Sarmiento free-kick, gave the Addicks an unassailable advantage despite a late consolation strike from Daniel Greenfield.

The hosts were playing their first game in exactly a month, but showed no signs of rustiness as they raced into an early lead when Tommy Willard’s delivery from the left flank towards the near post was diverted into the net by Ocran.

Charlton entered the game off the back of their first defeat in eight and appeared to be on their way to a second in succession as the young Tykes extended the margin after Willard’s effort was pushed away by keeper Ed Harvey into the path of Rangel, who tapped home into an empty net.

The visitors failed to muster much creativity in the first-half and came closest from a set-piece, with left-back Alfie Doughty’s free-kick bending inches past Henry Kendrick’s post.

However, the second-half unfolded in complete contrast to the first, with the away side halving the deficit within seconds of the restart after Wiredu latched onto a long ball and calmly struck a lofted effort into the net.

And parity was restored just moments later when Willis smashed home from the penalty spot having won the spot kick himself after being clipped in the area.

The astonishing comeback was completed shortly after as Wiredu surged into the area before being hauled down, giving Willis another chance to convert from the spot, which he did at the second attempt after Kendrick had saved his initial effort.

Barnsley were unlucky not to get back on terms when Willard’s free-kick rattled off the bar, but they soon found themselves two goals behind as Sarmiento fired his set-piece into the top corner.

The Addicks continued to press forward and added a fifth late on, with Wiredu dispatching a well-controlled volley at the far post into the bottom corner for his second goal of the day.

The home team restored some pride by netting a late consolation as Greenfield slotting a penalty straight down the middle, but the Tykes were unable to make a further recovery to remain bottom of the Professional Development League North.

Charlton PDP Lead Coach Sergei Baltacha told LFE: “We came out with intent, and the boys did exactly what we told them to do at the break. I thought we deserved to win in the end despite starting poorly.”

Martin Devaney, Barnsley PDP Coach added: “I think we executed the game plan excellently in the first half. In the second half, a lot of it was down to physicality and we struggled.

“I did warn the boys about the dangers in the second half, but we couldn’t handle them in the end.”