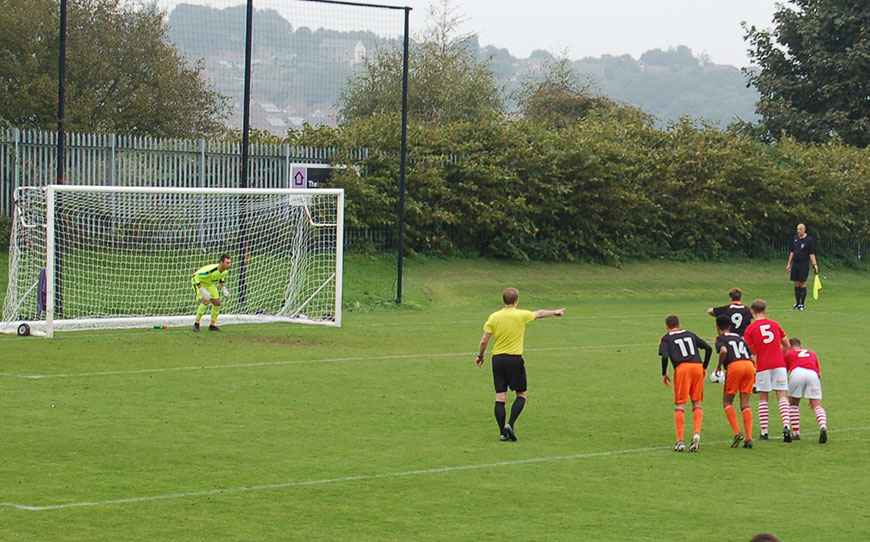 By Joe Hughes: A last gasp penalty from Keegan Burton ensured that Sheffield United shared the spoils in a six goal thriller with Barnsley in the U18 Professional Development League on Saturday morning.

Victory would’ve taken the Blades to the top of the division but they were unable to overcome the hosts in what proved an entertaining South Yorkshire derby clash.

Oliver Greaves gave the Blades an early lead but Romal Palmer hit a double to complete a reverse of fortunes before the half-time break.

The Blades dominated after the break and laid siege to the Barnsley 18-yard-box. However the Tykes defended stoutly and kept the visitors largely at arms-length until a moment of high quality from Greaves in the 77th minute.

The midfielder dribbled past several opponents and curled his shot in to the top corner to restore parity.

However, United were unable to press on from there and immediately gifted a goal to Barnsley substitute Cameron Simpson via a poor defensive clearance.

Barnsley were denied all three points though in added on time when the Blades were awarded a contentious penalty after a coming together in the penalty area.

Keegan Burton stepped-up and calmly dispatched the spot-kick to round off the scoring.

Chris Howarth, the Barnsley U18 boss conceded that he and his players were disappointed to have not taken all three points after scoring three times:

“It’s just tiny things, just cut out the little mistakes, because if you’re scoring three goals you need to be winning those games,” Howarth said.

“I thought that first half we created more chances, clean-cut chances certainly.

“There was some quality in there from both sides but it’s a derby so you’d expect it to be played competitively, it was a typical South Yorkshire derby.”

That view was shared by United coach Adam Pilling who also offered an upbeat assessment of his team’s fightback:

“A fair result was probably a draw. It was a typical derby where nobody really got the ball down to play but it was exciting to watch,” said Pilling”

“It was two teams who wanted to win it at the end, either one could have won it and we just happened to nick a penalty at the end to get the draw.

“We’ll take heart from the lad’s attitude to keep going having been 3-2 down with three or four minutes to go. So that was really positive,” he added.