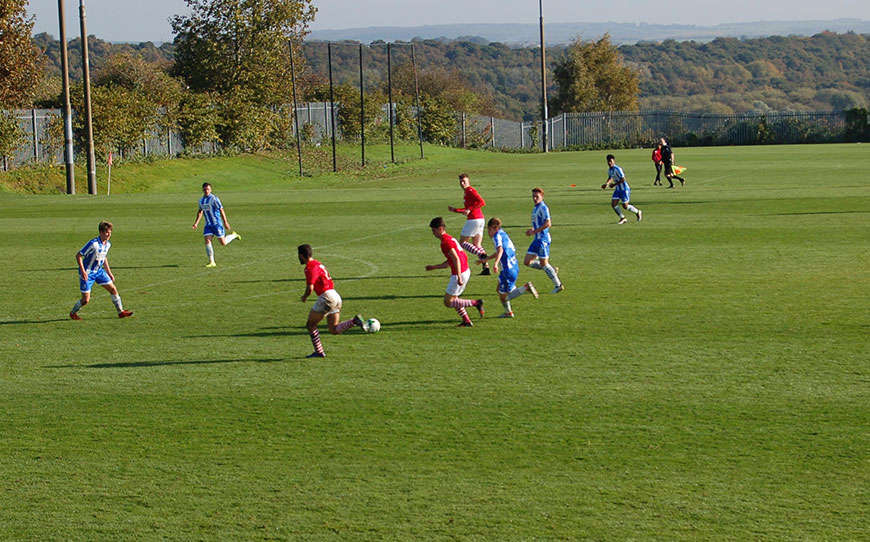 By Joe Hughes: Barnsley and Colchester shared the spoils in an entertaining 2-2 draw on Saturday morning. While the result extended Barnsley’s unbeaten run to five games in the PDL U18 League they lost further ground at the top after drawing their sixth game in ten this term.

A tense and cagey first period sparked into life after the break with all four goals coming in the second half. Both sides started the game in cautiously, with neither taking too many risks going forward.

The first half saw just a few half chances, most of which came for the home side. Most notably a well worked corner early on that found the head of captain Adam Lund but he was unable to find the target.

The match lacked fluency before the break as play was constantly broken up with fouls from both sides. Barnsley’s Mohammed Saeed went into the referee’s book after 40 minutes for charging down a free kick from the wall.

Barnsley manager Chris Howarth’s half-time team-talk appeared to do the trick though.

Right-back Louie Wardle showed great attacking intent to burst into the box with the ball only to be brought down by a Colchester defender. He stepped up himself to slot the penalty home and give the home side the lead.

Barnsley were in the ascendency and searching for a second goal when Eoin McKeown equalised for the visitors with the first real chance of the second half, heading past goalkeeper Arron Murphy.

The U’s turned the game on its head in the 61st minute. Substitute Aaron Cosgrave was able to get the better of Barnsley left-back Cameron Simpson and his shot proved too powerful for Murphy to stop.

The hosts regrouped and responded, piling the pressure on a U’s team that were now holding what they had.

With just 13 minutes to go the home side scored a wonderful equaliser that started with Simpson’s last ditch defensive tackle. A passing move from back to front followed and Jeff McGowan capped it off with a composed finish.

Barnsley pushed hard for a winner but were unable to find one against obdurate opponents.

“I thought it was a fair result and I’m not sure we really deserve to win,” said Barnsley U18 boss Howarth.

“We should’ve defended the first two goals better and it probably is a game we’ll look on as two points dropped.”

“Once we equalised and came back into it I thought we looked really dangerous, especially on the counter attack. 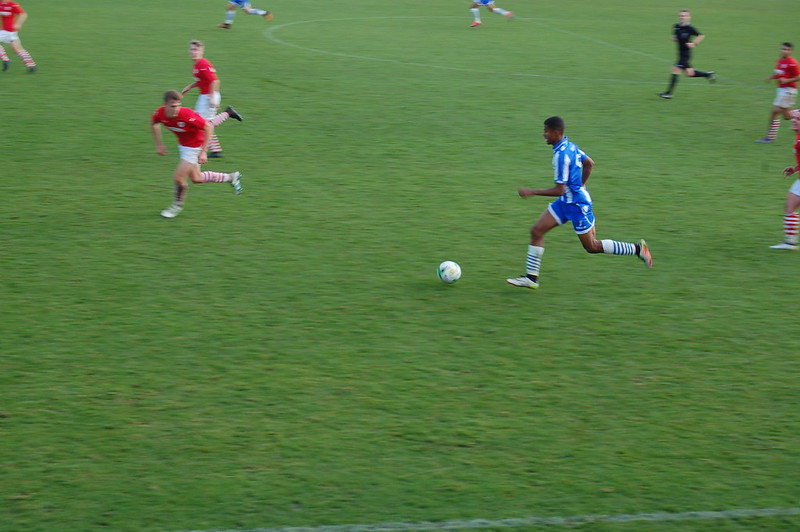