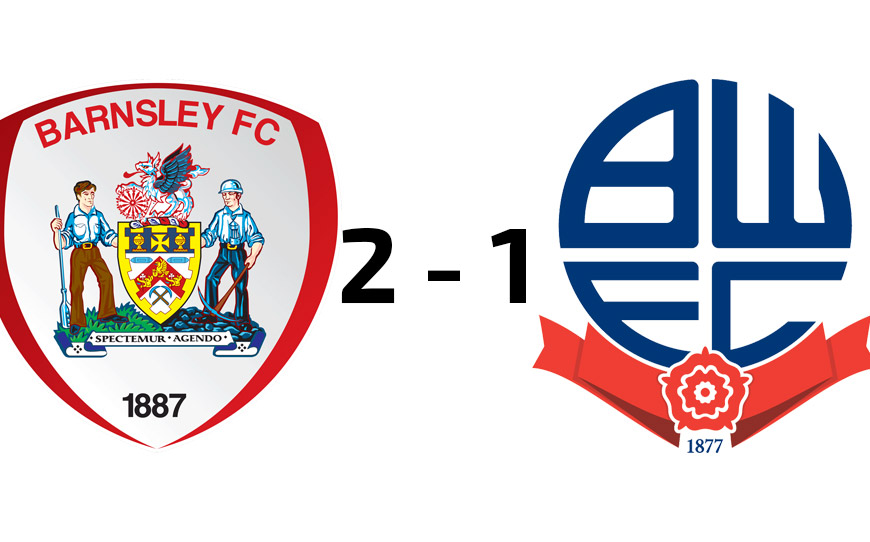 By Calum Nurse: Sam Hanna grabbed a late winner as Barnsley edged past Bolton 2-1 in a closely run affair played out in dreadful weather conditions at the Academy Complex, Oakwell.

The visitors enjoyed the better of possession in the first period but fell behind when trialist Callaway swooped at the back post. However Matt Marsh did level matters before Hanna’s decisive intervention.

Bolton had been hoping to build upon their goalless draw with Sheffield Wednesday last week and David Lee’s team were the brighter team in the opening exchanges. However despite enjoying long spells of possession they struggled to create meaningful chances against an obdurate home team.

The resilience of Chris Howarth’s team was underlined by centre-back pairing Hanna and Will Smith who impressed for the hosts. And despite conceding a wonderfully crafted goal that was finished off by Marsh, Barnsley finished strongly in scrambling conditions.

After keeping a ball into the box alive, the ball fell to Hanna at the back post, who ignored the visitors appeals for offside, to sweep it into the back of the net and deliver a morale boosting three points ahead of this weekend’s trip to Nottingham Forest.

The Bolton Under-18 boss, Lee said, “We’re very disappointed to lose the game, especially in the manner of which Barnsley scored their winner. We feel that it was clearly offside but unfortunately the officials did not see it that way which is a real shame for the boys.”