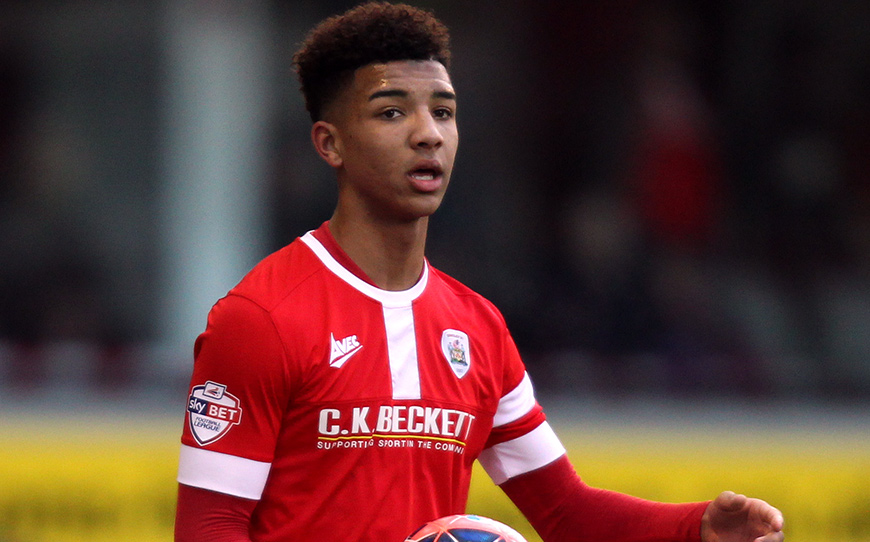 Barnsley youngster Mason Holgate has been taken on trial by Manchester United.

The highly-rated teenage full-back has been linked with a host of Premier League clubs in recent weeks and now has the chance to impress the United coaching staff.

Holgate, is reportedly valued at £1million and Tykes manager Lee Johnson has admitted that he is resigned to losing the 18-year-old who has just completed his apprenticeship at Oakwell.

Speaking to the Sheffield Star newspaper, Johnson said: “There’s been a lot of interest in Mason and, at this stage it looks like we’re destined to lose him.”

He continued: “It’s great for the lad to be training with Manchester United, it’s a fantastic opportunity.

“But of course I want him to stay and really feel as though he could benefit from a full season in our first team.”

Another club also interested in the right-back is Everton with the Liverpool Echo reporting that the Blues will try to hijack United’s attempts to sign the player.

Should Holgate move to Goodison Park he would follow in the footsteps of John Stones. Stones – currently the subject of a transfer tug of war between Everton and Premier League champions Chelsea – also started out at Barnsley before completing a £3 million move to Merseyside in 2013.

While the appeal of a move to a club like United is not lost on Johnson he believes that Holgate could be best served by remaining at Barnsley: “I think the best route for him is to play 40 games for us next season and get as much experience as he can,” Johnson added.

He added: “There’s lot of different routes to the top, but hopefully he decides to stay with us.”