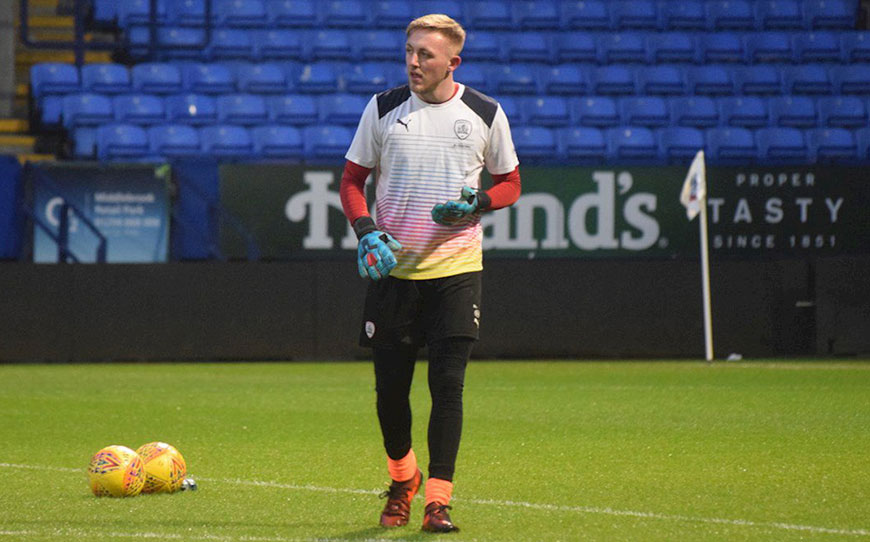 Barnsley second-year apprentice Jake Greatorex has signed his first professional contract with the club, putting pen to paper on a one-year deal.

The 18-year-old goalkeeper has been for rewarded by Barnsley’s coaching staff after a string of impressive displays at Under-18 and Under-23 level this season.

“A couple of months ago I had my review and they told me I was having my pro contract, and I was over the moon – I was buzzing,” Greatorex told the club website. “It’s my dream come true.

“They told me I’d be playing with the Under-23s and I think I’ve been doing well because I’ve been confident. I feel secure and I feel happier, and I’m enjoying my football at the minute. I’m really pleased with how I’m playing.

“We had a good trip to Holland with the Under-18s (organised by LFE) and I started playing, felt confident and sharp, and just wanted to carry that on. Overall, being a scholar has been a big learning curve and it has improved me as a person mentally and has made me stronger.”

Greatorex has received international recognition during his apprenticeship, having been invited to an England camp at St George’s Park. He also earned his first taste of senior football with a loan spell at Penistone Church earlier in the campaign, featuring in the FA Cup preliminary round.

He said: “I started off in the Under-18s and thought I was doing well, then Bobby Hassell (Academy Manager) pulled me into the office before I was due to go to an under-23s game.

“He said we want you to go on loan to Penistone because they’re playing in the FA Cup preliminary rounds and they want a goalkeeper to play at Harrogate Town.

“There were a couple of thousand fans there; they were flying at the top of the Conference North and put their full side out. Penistone were part-time and we kept them out for 60 minutes. We ended up losing the game but it was a good learning experience and something different.

“I think the experience has helped me because, when I came back, it made me feel more confident and if I can compete against fully grown men then I’d be able to do it against players my own age and players in the under-23s, so it was good in that respect.”

Greatorex paid tribute to the academy coaches at Oakwell, in particular goalkeeping coach Matt Murray, who played almost 100 league games for Wolverhampton Wanderers and was capped by England at youth level.

“Matt’s quality; he came in at the start of the season,” Greatorex added. “I remember meeting him on the first day and thinking he’s absolutely massive. The advice he’s given me has been second to none because he’s been there and done it.

“He’s so approachable – if I feel like anything has gone wrong or I ask him what I could do better, he just answers me straight away; he’s like a text book. It’s like fun with him. You enjoy it and you learn at the same time, and that’s the best way. It’s been a quality year with him, I couldn’t have wished for anything better.

“I just want to keep working hard with the coaches. Chris Smithson has been brilliant with me in the gym; he’s been unbelievable. In terms of going and asking him questions, he’ll never have a go at you. Luke Dopson is the same with the first-team. To be fair, all the coaches here are brilliant; they’ve all been there and done it like Martin Devaney, Paul Harsley and Tom Harban, who I’ve had since I was a lad.

“I feel comfortable here; I’m from Barnsley – I live five minutes away and used to come here as a kid. I just feel comfortable in this environment and when you’ve got coaches that back you, it makes your job easier.”