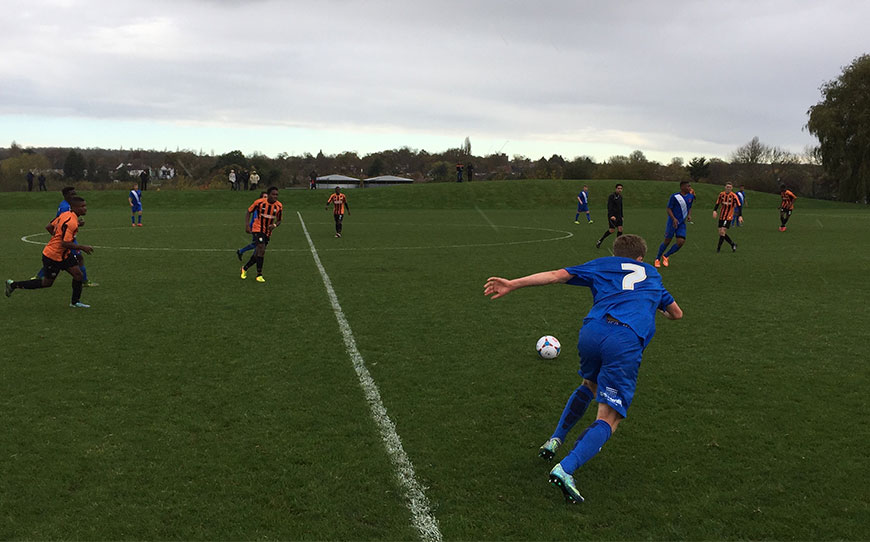 By Gavin Willacy: Barnet, in fourth, closed the gap on third-placed Orient in the South-East Youth Alliance with a deserved victory in trying conditions in Edgware.

The Bees controlled most of the game against an under-strength Orient, the visitors opting to rest half of their first-choice team ahead of Monday’s challenging FA Youth Cup tie with Luton, the unbeaten league-leaders.

Barnet went ahead on 13 minutes when Jack Taylor’s wayward shot fell into the path of Nana Kyei who fired home.

That lead only lasted a couple of minutes. Sam Alderson’s searching long ball set striker Josh Koroma beyond the back four and he swept the ball past Bees’ keeper Kai McKenzie-Lyle for the equaliser.

As torrential rain fell, and the fierce wind blew down the field, it lead to a string of Orient corners. Yet Kyei restored Barnet’s lead on 36 minutes when he nudged in Matt Steven’s right-wing cross at the near post.

The second half started as if in a different season, with bright sunshine and clear skies and almost no wind. Without the gusts behind them, and the creative Alderson moved back to right-back, Barnet took control in midfield as playmaker Taylor dominated, and went 3-1 up on 57 minutes.

From a short corner on the left, Man of the Match Taylor swung in a cross-shot from out wide that ended up in the top corner of the net.

The wind’s return led to few goalmouth incidents as the game petered out, the major event being a lengthy stoppage when Orient full-back Henry Ochieng clashed head’s with his own goalkeeper and was taken off with a jaw injury.

The game ended with a mini-hurricane sweeping down the pitch, blowing items onto the pitch and sending spectators fleeing for the clubhouse and the referee eventually blowing for full-time as players scuttled for cover.