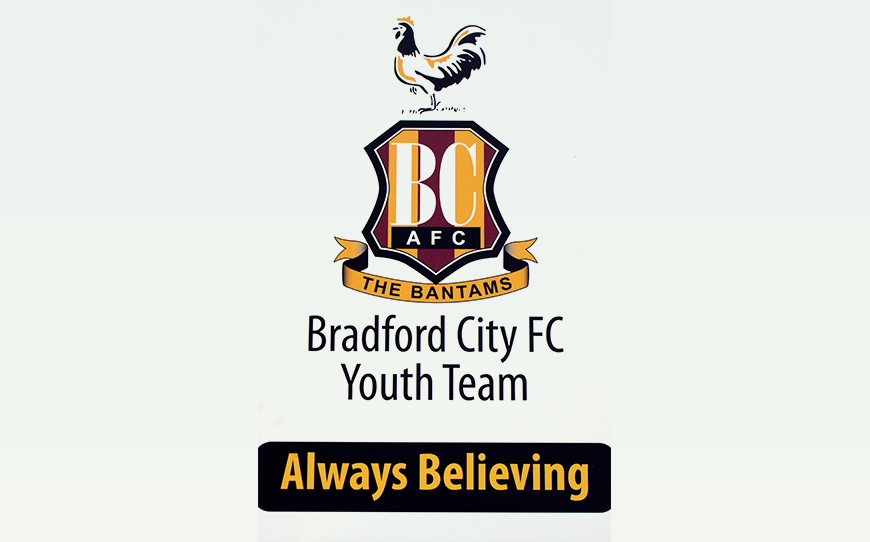 Bradford City have reaffirmed their commitment to pushing their youth players towards senior action according to the club’s academy supremo Steve Thornber.

Speaking to the Telegraph and Argus, Thornber said that this ethos has been borne out by the decision to award four youth-team players professional contracts this summer.

Dylan Mottley-Henry, Joe Brennan, James King and Sam Wright will all step up in to the Bantams senior ranks next term.

Thornber said: “They are four genuine lads who deserve this.”

Thornber continued: “He’s earned his contract because of his pace. He’s got a lot to learn away from that with his movement but he’s blessed with that natural talent.

“Dylan is still very young. He’s only two or three weeks off being a second-year apprentice next year.

“He’s got a lot of developing to do. He’s a bit like Omar Daley because his final ball needs to be better at times but he’s exciting on his day.”

Central midfielder Wright was earmarked as a future professional almost 12 months ago after impressing on the first team tour to Ireland.

“The feedback from the manager was that he was one of our better players in the games over there,” added Thornber.

“Sam hit a bit of a sticky patch halfway through the season where he didn’t really develop. He didn’t go out anywhere on loan and there was no development games.

“He was playing in the under-18s where he was outstanding. He was an eight or nine out of ten every week but he wasn’t being pushed enough. That’s what he needed.

“But we know what he can do from the pre-season programme in Ireland.

“There are loads of players in the Football League who cover ground, can win the ball and pass it. He’s a worker like that and covers every blade of grass.”

Centre half King, also benefited from a spell in Men’s football with Whitby. While a back injury curtailed his season, Thornber believes that he has shown plenty of potential.

He said: “James is a ball-playing centre half who’s still growing into his body. But he reads the game so well.

“We’ve got to really look after James; maybe not so much for next year but the one after.

“Will he be an Andrew Davies type next year playing in the first team? I doubt it. But this development year will be really good for him.

“He needs to develop the aggressive side of his game but nothing fazes him. We’ve got big hopes.”

Striker Brennan, responded to a red card in the FA Youth Cup against Barnsley to earn a deal from “nowhere” after a strong showing on loan at Ossett, according to Thornber.

“He has come from nowhere really,” conceded Thornber. “Joe had a very quiet first year developing but he’s just shot up since Christmas.

“Ossett did him good, playing well in men’s football, and he’s trained with the first team and not looked out of place. The staff think he deserved a development year.”