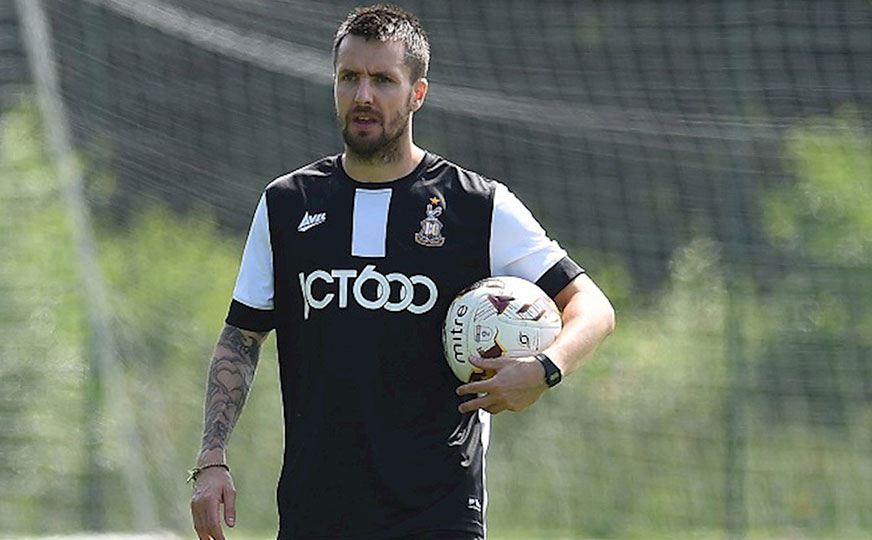 The 32-year-old, who becomes the youngest manager in the EFL, made over 300 league appearances as a player and combined Academy coaching with a spell with Halifax during the 2017-18 season.

Collins told the club website: “I’ve been working towards this for a lot of years now. Even when I was playing at Oxford I was coaching locally, and when I was at Leyton Orient I’d be in at Spurs’ training ground as often as I could.

“I’m honoured that Edin and Stefan have entrusted me with the Head Coach role, but we truly are a team here and I can’t stress that enough. Martin is one of the best coaches I’ve ever worked with and Greg’s experience is invaluable for us both.

“We’ve all been fortunate enough to have had the chance to observe the previous managers at the club and we’ve seen first-hand the way that they worked. We can take a lot of positives from what we’ve seen over the last two years.

“It also helps that Greg, Martin and I all know the training ground set-up very well too, so there won’t be any surprises when we get started for pre-season.

“Ultimately, for the club to be successful we all need to pull in the same direction. That goes for the owners, the coaching team, the players, and the fans. If we are going to give ourselves a chance of achieving something special here, we all need to be together, on and off the pitch.

“As a coaching team, we all fully appreciate that we will ultimately be judged on our ability in our roles and in line with the clubs’ objectives. There will also be a period of time during which we have to earn the respect of everyone at the football club, especially that of the City fans.”

Meanwhile, Bantams co-owner said: “Michael and Martin are both talented British coaches, who pose a lot of potential. Together with Greg’s experience we have a very good blend in the coaching team.

“All three of them really understand the club, share our vision and believe in what we’re trying to achieve.

“Over the past few weeks, Greg, Michael, and Martin have also been actively involved in our player recruitment. During this time, it became increasingly clear to me that all three have a very good understanding of our players, both of their qualities as footballers and of their characters.

“We are convinced that to build something over a longer-term, we need stability, with the right people in key positions. Therefore, we have placed our faith in Michael, Greg, and Martin, who have each committed to a three-year contract.”