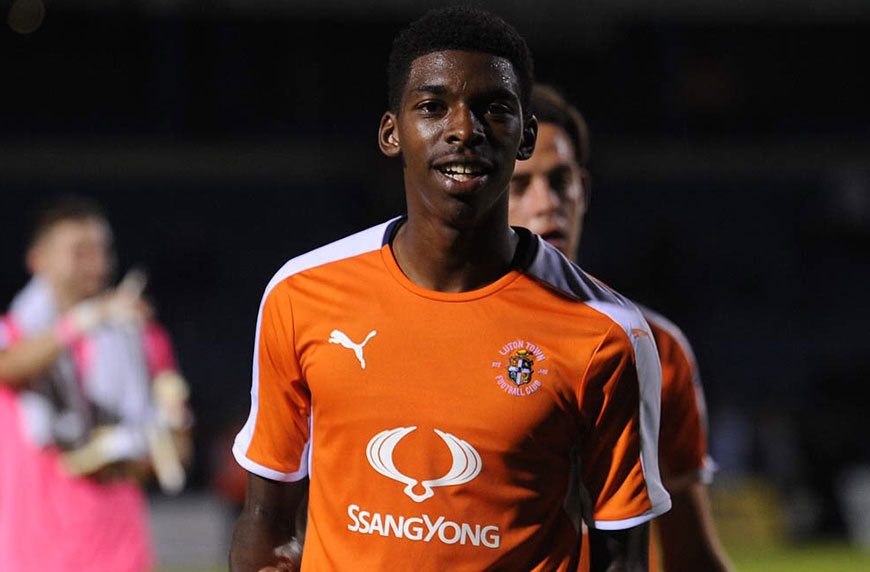 Bristol City have swooped for Luton Town starlet Tyreeq Bakinson for an undisclosed fee on a three-year deal with the option of a further 12 months.

The 18-year-old progressed through the ranks with the Hatters having joined the academy as an Under-10 and signed his first professional contract in March 2016.

Luton manager Nathan Jones told the club website: “We accepted a bid for Tyreeq. It’s a fantastic bid for the club and will enable us to develop the infrastructure, especially within the academy.

“We tried everything possible to keep Tyreeq. We’ve been turning down offers for a number of months now, but Tyreeq and his dad made it blatantly obvious that he wanted to leave the club.

“We had numerous meetings with Tyreeq, his representatives and his dad, and reiterated the development plan that we felt was right for him. He felt that he should be in the first team.

“I want to reiterate from my point of view, from a coaching staff point of view and from a board, a chief exec and a club point of view, that at no point did we seek to sell the player and let one of our academy graduates go from this football club.

“We wish Tyreeq all the best and hope that he has the career that we feel he would have had at Luton Town, but he felt would be easier achieved elsewhere.”

The central midfielder was a member of the team that won the EFL Youth Alliance South East division and the Youth Alliance League Cup in the 2015/16 season, as well as earning a quarter-final berth in the FA Youth Cup.

Bakinson was handed his first-team debut in May 2016 as a substitute during a 4-1 win against Exeter City, but he has been restricted to five EFL Trophy appearances since then, most recently featuring in their 2-2 draw with Tottenham Hotspur Under-21s in August.

Hatters chief executive Gary Sweet added: “We’ve received an incredible offer for Tyreeq that we couldn’t really turn down both for us and for him, as it’s a big opportunity for him to progress at a Championship club.

“We won’t stand in a player’s way if the deal is right for all parties and, most importantly, if the income helps us further develop. Every single penny of this income will be re-invested as it allows us to acquire another targeted young player and the balance, as it becomes due, will go towards building new facilities for the academy at The Brache.

“To allow one of our academy products to leave for a club above us is a bitter pill to swallow, but it is our intention that we patiently build for the future so we can be stronger in the future by elevating the status of our academy.

“We wish Tyreeq every success and, as with all players who leave Kenilworth Road, we’ll have a keen interest in how he does in the future. Not only because we’re proud of the players we produce, but because his progress will mean the club will benefit more financially further down the line.”

Bakinson is the second Luton academy product to make the switch to Ashton Gate this calendar year, following in the footsteps of former team-mate Freddie Hinds, who signed in January.