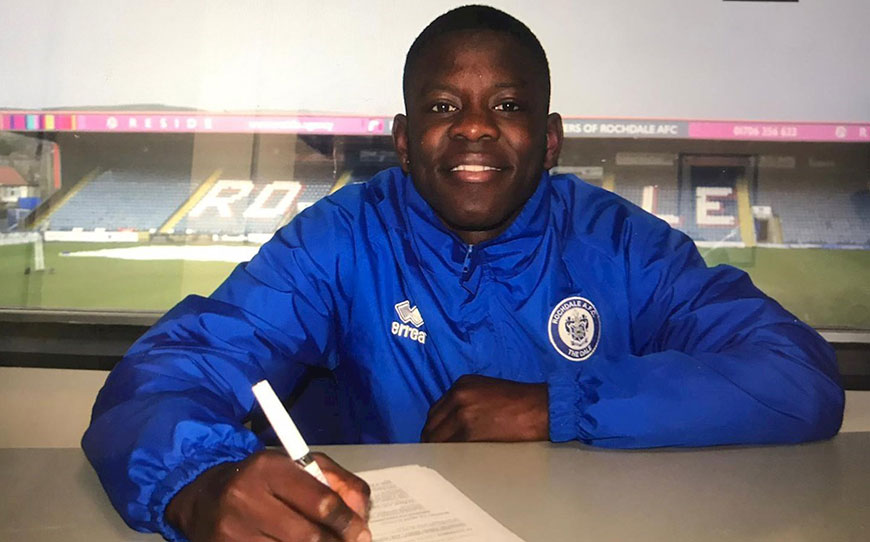 Seventeen-year-old Kwadwo Baah has penned his first professional contract with Rochdale, keeping him at the club until summer 2021.

The talented forward joined from Crystal Palace in September and took just a month to earn his senior bow in the Leasing.com Trophy, while his first start came just after Christmas at Gillingham in Sky Bet League One.

As a first-year apprentice, Baah has already made nine appearances in all competitions for the first team, including six league outings.

Manager Brian Barry-Murphy told the club website: “I’d like to congratulate Kwadwo who has showed great dedication to leave home in South London at an early age to become part of the squad here.

“His talent is exceptional and he’s someone we’re very excited about for the future. He’s made a huge impact on the squad already and now he’s working hard behind the scenes with the Youth Team and the Integration Squad to get fully in sync with how we do things at the club.

“He’s a very special talent and someone who has been asked to play an extraordinary number of minutes because of the situation of our squad over Christmas and New Year.

“Hopefully the next time he comes back into the first team environment he’ll be more controlled and measured because he has something individually that we’ve never had in the squad, so to have that added to our squad is hugely exciting for everyone at the Club and he’ll be an amazing talent for the supporters to see when he gets into full flow.”