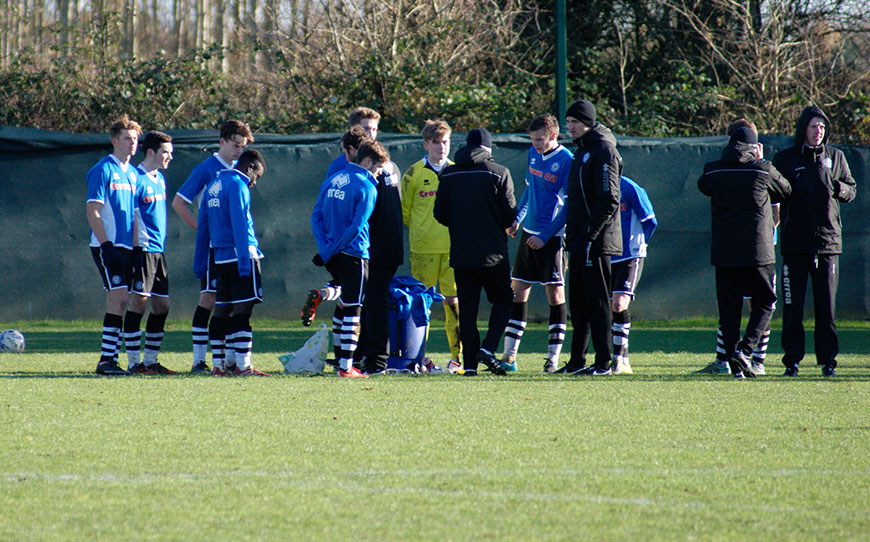 Rochdale’s Under-18’s might not have won for four games but youth team manager Rick Ashcroft insists that he is seeing signs of improvement from his team.

Ashcroft was impressed by his team’s resolve as they drew 1-1 at Bury last weekend despite being reduced to ten men for a long period of the game.

“We’re starting to see the signs and the fruits of all the work we’ve done during the preseason and early season,” Ashcroft told LFE. “Level of performances are starting to come now and it was the same on Tuesday in the FA Youth Cup (Rochdale lost 2-1 at Notts County).”

“It’s pleasing but we’ve got to kick on to that next level now and then that’ll make us a little bit more clinical in terms of results. When we get that next step, we’ll end up being on a run like Bury.”

The academy boss believes his youngsters are benefiting from being integrated with the first-team setup.

“The first-team management staff are unbelievably brilliant with the players, having them involved in training, in development games, they’re at Youth Cup games and some of the Youth Alliance games,” Ashcroft added.

“The opportunities are there and they’ll get a chance to train and play in that environment, which doesn’t happen at a lot of other league clubs. It’s a fantastic opportunity for the lads and they’ve got to take that when it comes their way.”

Dale will host Preston next weekend, who failed to extend their four-game win streak in the league after a 3-0 home defeat to Burnley. And Ashcroft is eager for his side to cut out individual errors.

“It’s something we’ve been eradicating all year but they’re still coming and it’s something that we need to still work on,” he said.

“It’ll be a tough game. You can’t stop another team all the time for 90 minutes but if we can sort out those moments and become a little more clinical in both boxes then the results will come.”

“We’ve not yet put two, three, four, five games together where we’ve had levels of performance and the results, but I do believe that will come.”