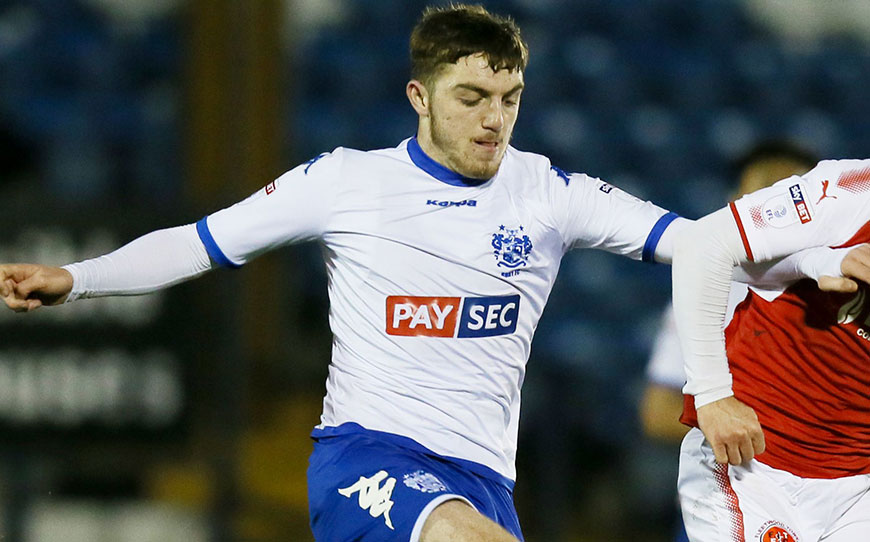 By Joe Harris and Jack Wylie: Apprentices from across the country have benefited from the Checkatrade Trophy this season, with almost 50 players from 20 clubs being handed senior experience during the group-stage fixtures.

The likes of Bury, Doncaster Rovers, Newport County and Wigan Athletic have blooded a large contingent of current apprentices in the competition.

Five Doncaster apprentices were given their first-team debuts during October when the club faced Sunderland Under-21s and Scunthorpe United.

Second-year apprentices Morgan James, Cody Prior, Jacob Fletcher and James Morris all featured for Doncaster in their 1-0 victory over the Black Cats, while Lewis Scattergood appeared for his first senior outing against The Iron.

“All the lads do the right things in training, they all listen and are attentive and that’s all I can ask for,” said Rovers Under-18s coach Paul Stancliffe.

“The development doesn’t come straight away for everybody, but overall I’ve been pleased with the way we’ve been moving forward.

“We’ve got a great set of lads in the academy and that could be seen as a downfall because maybe sometimes they are too nice, but they’re all serious about what they do. If they keep their heads down they will do well.”

Northern Ireland Under-19s international Danny Amos was another current apprentice to appear against Scunthorpe having emerged from the bench against Mansfield Town in the competition last season.

The 17-year-old was awarded his first professional contract in November and has pleased Stancliffe with his progress. “Danny has kicked on over the last six weeks to two months and we can’t ask for any more than that,” he said.

“He’s got his head down and the gaffer has seen the potential in him. It’s up to him now to repay the faith and work hard. I don’t think it’s in his character to get carried away and I think he’ll keep his feet on the ground.”

The Shakers youngsters received exposure to men’s football during fixtures with Rochdale, Blackburn Rovers and Stoke City Under-21s and helped the club progress to the last 16 of the competition, where they were edged out 3-2 by Fleetwood Town.

Academy manager Mark Litherland said: “Since I came to the club three and a half years ago, we’ve had 19 players make their debut from the academy. We want to give them experience of the first-team and the Checkatrade Trophy provides those extra set of games to give some of the lads that opportunity.

“We have two or three youth players train with the first-team each week, so they get the chance to make an impression there and then the Checkatrade provides a further opportunity to test themselves in a match.

“It’s important because it shows them where they are and how close they are to being ready because some of them find it easy in the Under-18s and we don’t have an Under-21s team to bridge the gap between youth team and senior team.”

The competition includes 16 Category One Under-21 outfits, although only four of those clubs progressed to the second round, with Leicester City U21s and Chelsea U21s the only remaining survivors after Swansea City U21s and West Ham United U21s were both knocked out.

“You don’t know how they are going to cope until they are given the opportunity and I think we found a situation where a couple did very well and some perhaps struggled a little because they’re just not ready physically yet,” Litherland added.

“But the important thing for us was to see that they have belief in themselves and each of the lads involved took it in their stride. They are all capable tactically and they showed they’re ready mentally. Now for some of them it’s just making sure they’re up to the task physically and that will come as they continue their development.”