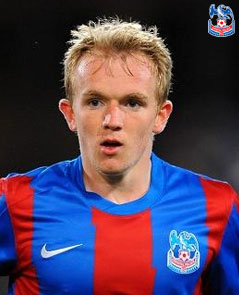 The teenage midfielder, who turned 18 last week, made five appearances for the Palace first team during the month scoring one goal.

He signed a long-term deal at the end of last month which commits his future to the Eagles until the summer of 2015.

Williams also featured for the Wales U21’s in Montenegro last month and has since been called up by Gary Speed for the full squad.

“Johnny has continued to work superbly on his BTEC Extended Diploma and remains on target to gain a Triple Distinction grade overall in addition to completing his NVQ and Coaching Award. As if that is not enough, Johnny is also a very polite and pleasant young man!”