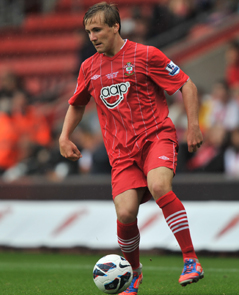 Congratulations go to Luke Shaw who has been named LFE Apprentice of the Month for November.

Luke is working well towards completing the education side of his apprenticeship and is making great strides towards achieving his Subsidiary Diploma and NVQ despite training and playing commitments with the first team.

He attends extra sessions when training does not allow him to attend the full BTEC lessons and has managed his time well while being with the first team squad since pre-season.

Luke has been training with the first team since the beginning of this season and has now become a regular, making his debut against Swansea City. He has since gone on to make nine starts in both the league and cup this campaign.

“Luke has made massive strides both on and off the field this season. He has worked extremely hard to get his opportunity in the first team, and to be playing regularly in the Premier League as a 17 year old is credit to his endeavour and application.”