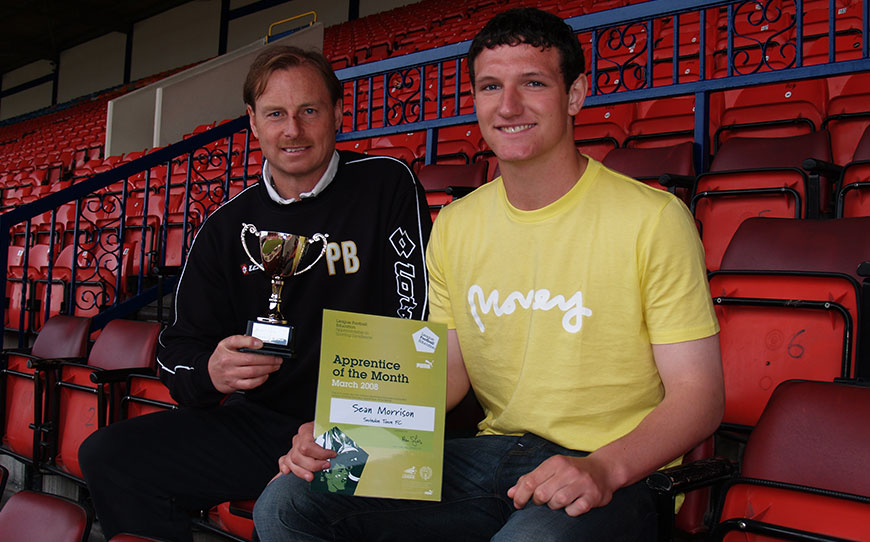 Congratulations go to Sean Morrison of Swindon Town as the March Apprentice of the Month.

The robust defender has had a superb season and was duly rewarded when he was included in the first team squad for the league fixture against Leyton Orient on 11th March.

Sean, pictured above being presented with his award by Paul Bodin, has not been distracted from his education and demonstrates a notable commitment to all elements of the programme. In particular he has made great strides in the work for the NVQ and continues to do so despite increased training commitments.

One of six first-year Apprentices to gain a professional contract earlier this year, Sean is guaranteed to be a fixture at the Robins until the summer of 2009.