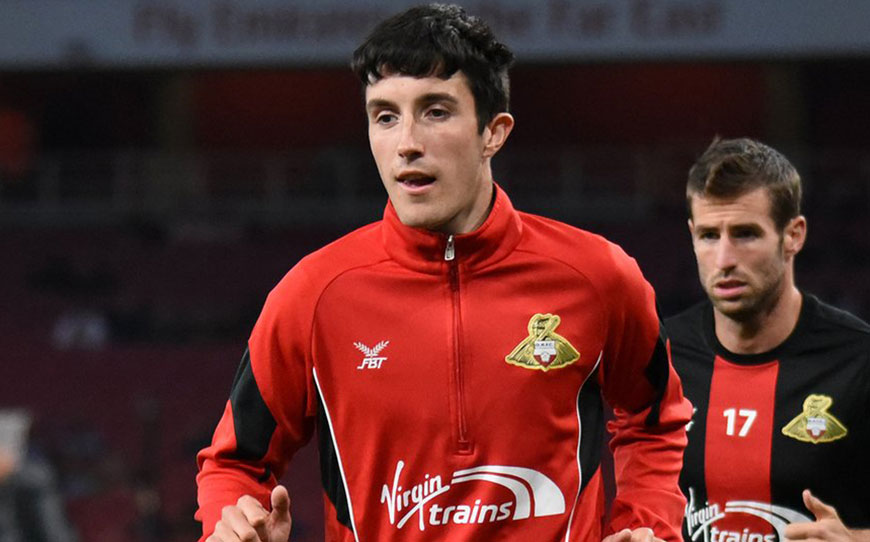 By Joe Harris: Doncaster Rovers Assistant PDP Coach Paul Driver has praised the attitude of Under-18s defender Danny Amos after he starred during his first taste of international football.

The 17-year-old, who made his senior debut as a substitute in the Checkatrade Trophy last season, was handed his first call-up to the Northern Ireland Under-19s squad and played the full 90 minutes in their UEFA European Under-19 Championship qualifiers against Poland and Belarus.

Driver told LFE: “He’s come back from international duty from Northern Ireland and he’s got more of a passion to win. He’s exactly what all of our players need to look at and look up to, so I’m delighted to see him doing well.

“You’d like to think he’s got a good chance of being in the first-team. He’s travelled to Arsenal and was involved at Plymouth, so you’d hope when next month’s Carabao Cup game against Scunthorpe comes around he will be involved.”

The young Green and White Army slipped to a 2-1 defeat to the Poles, but Amos marked his debut with a wonderful goal, sending a curler from the edge of the area into the top corner, which had given his team the lead with half an hour remaining.

And the Rovers left-back produced another stunning strike, this time direct from a free-kick, on his return to domestic action as he netted a stoppage-time winner to earn Donny their first victory of the season against Hartlepool United in the EFL Youth Alliance North East.

Academy Manager Kieran Scarff also expressed his delight with Amos and the rest of his young side. He said: “It was a good performance from us on Saturday and it’s capped off a really positive week for the youth team. It’s great to see the boys doing well on the international stage and we’re proud of that.”