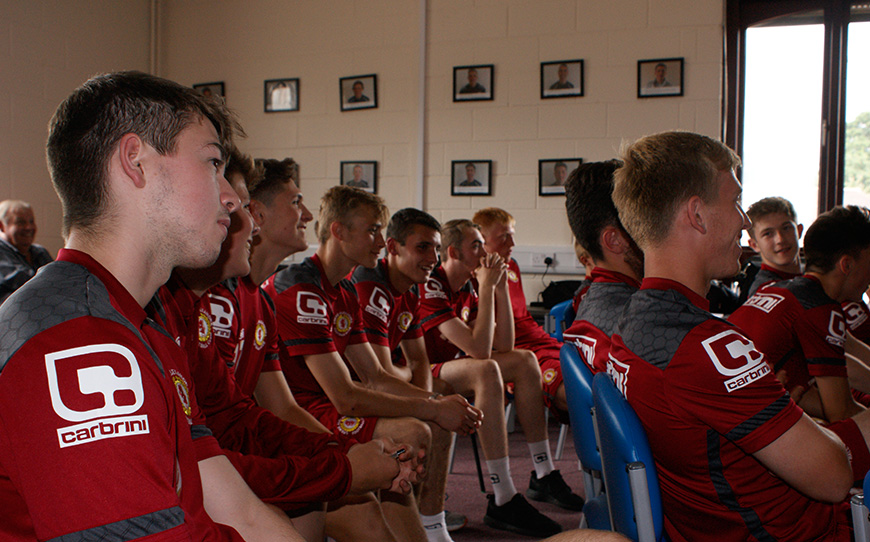 By Dan Brennan: Crewe Alexandra academy prospects Harry Pickering and Matthew Neal have told LFE that they are excited by the prospect of their two-week trip to the Netherlands on LFE’s pre-season trip.

The Alex academy starlets will fly out to the Netherlands on Monday to prepare for the season and those preparations will include match action against Sparta Rotterdam, Ado Den Haag and FC Volendam.

The duo believe that the trip to foreign fields will also enable them to bond ahead of the new campaign.

“It’s a trip away with the lads and it’s a good bonding session really,” Neal said.

“It should be good fun, (allow us) to get a good experience of their culture because obviously it’s completely different to what we’re used to.’

“I think there’ll be good bonding because it’s a new team and we haven’t really had time together, so it will be good to be with them (the younger apprentices) every day.”

The pair also acknowledged that the games programme will provide a stern challenge, one they are relishing.

Neal continued, “I think teams abroad are more competitive, I think they have a better drive to win and physically I think they’re better as well.”

To listen to both players talk about the trip click on the interviews below: