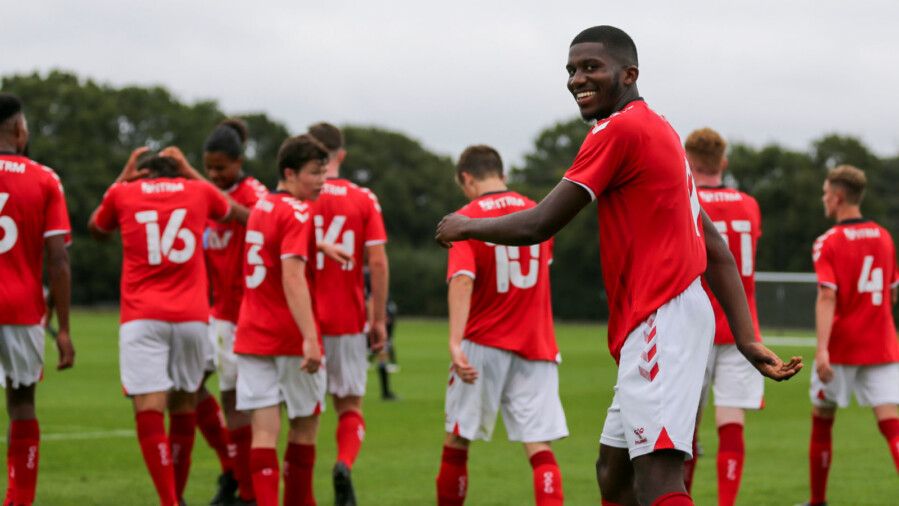 Academy starlets Ryan Huke and Daniel Kanu have secured their first professional contracts at League One side Charlton Athletic.

First-year apprentices Huke and Kanu have committed their futures to the Addicks until at least 2024, after impressing in the Under-18s and Under-23s this season.

Huke, an attacking midfielder, has been with the club since the age of 12, while striker Kanu joined at the age of 10. The duo follow in the foot steps of academy teammates Deji Elerewe, Karoy Anderson and Tyreece Campbell, who have all recently signed pro deals.

Huke is described by Academy Manager Steve Avory as a player ‘who wants to learn and improve himself’. Speaking to the club website, Avory commented: “It’s another success for us to be able to retain a player of Ryan’s ability and to have that opportunity to work with him over these coming years because he’s another one with a lot of potential.

“He loves the ball at his feet, he always wants to get on the ball and is very brave in getting on the ball. He’s at his best when he gets on the ball in pockets of space where he can turn and get at the opposition.

“One of his undoubted attributes is his ability to run with the ball and take on players one v one. He may not be the tallest, but he’s robust and players of his height who can move at pace with the ball are a real nuisance for defenders.”

Meanwhile, Kanu is enjoying a prolific season this term, scoring 31 goals before the end of January in all competitions for the U17s, U18s and U23s. The 17-year-old has ‘natural pace and an eye for goal’, according to Avory.

“He [Kanu] fully deserves it and we’ve got the chance now to continue working with him and developing him. He’s a very well-rounded young man who recognises he still has a lot to learn and develop, but he’ll do that, for sure,” Avory said.

“We’re just delighted that Daniel and his family, who have supported him for such a long time in his Charlton journey, have decided that this is the place that they want to continue.”