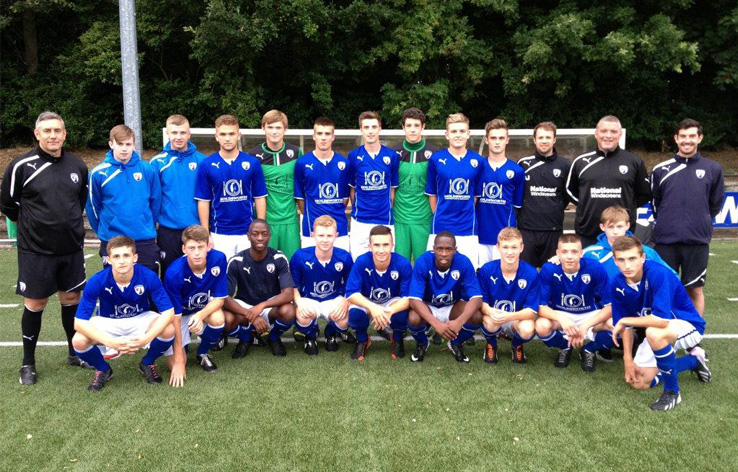 The first day started very early in the morning as we met up at the ground at 5am to arrive at the airport for a 9.25am flight to Holland. We arrived in Holland at about lunchtime and travelled to the hotel where we were staying. The first cultural differences we noticed between the two countries was that the cars drove on the opposite side of the road and the fact that Dutch people loved to ride bikes, they even had bike lanes on the motorway. We arrived at the hotel, rode a bike to the training ground and had a light session at a pitch near the hotel. In the evening we were all knackered and had an early night ready for our first game of the tour.

We were straight into the experience of the tour the next day because it was our first game against NEC Nijmegen. All of the lads and coaches were looking forward to the challenge of playing a Dutch top division side and started the day by having a light session preparing for the match working on our shape.

We headed off to NEC at 5.30pm for the game. There were differences between the game we played today and the matches we usually play back in England. One difference was that we played on a 3G pitch which we wasn’t used to but Nijmegen play on that surface a lot. The match was a tough one which we expected from the start but performed very well in the first half and lead 1-0 at half time. Throughout the first half we didn’t have much of the ball but defended excellently.

However, the second half was a different story as they made a lot of changes and we played against older and more physical lads. I think we became tired from chasing shadows and defending the whole game and it began to show.

Today was a great day full of cultural experiences because we travelled to NEC Nijmegen to have a presentation and a training session took by the NEC academy coaches. We learned a lot from it and gained an insight into how their club works. It’s very different from the way English clubs are run. They coach and school lads from the age of 12 which I think is a good thing because the lads are attached to the club from a young age. They also concentrate on young lads’ technique and mental skills as they believe this is the most important. This is coming into English football more and more.

The training was good as they concentrated on technique again which is very similar to what we do in England. The last thing we did was have a look at the first team ground. One difference that is obvious is that the ground is a long way from the standard of English Premier League grounds. The stadium only holds 12,000 but in England second division sides can have about 30,000 seats. We ended the day with a swim at the hotel to cool down.